Difference between revisions of "Big Core" 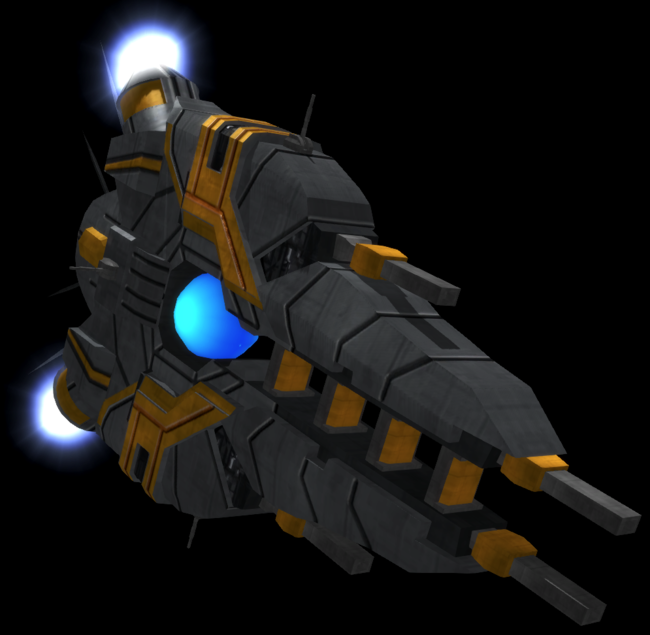 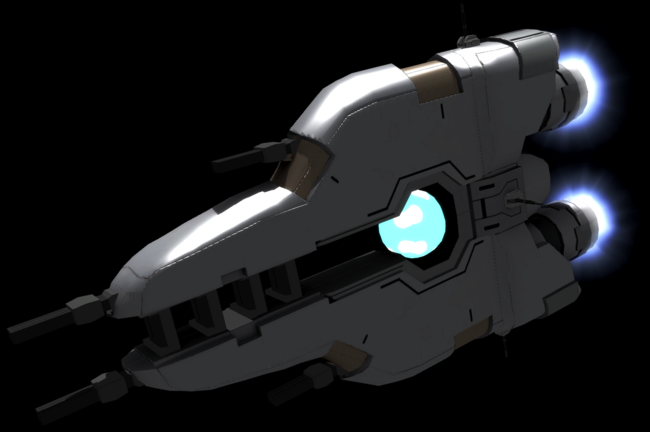 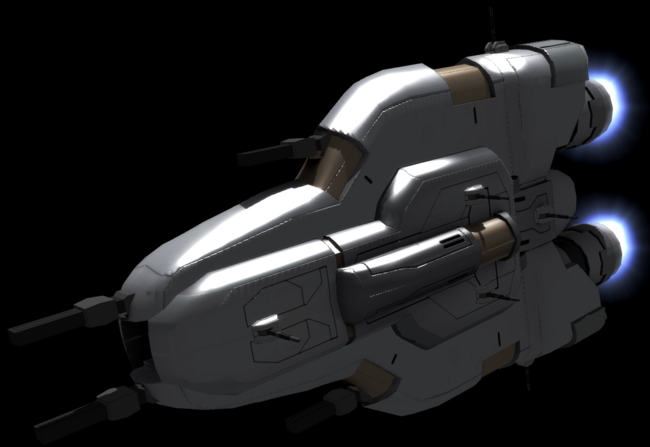 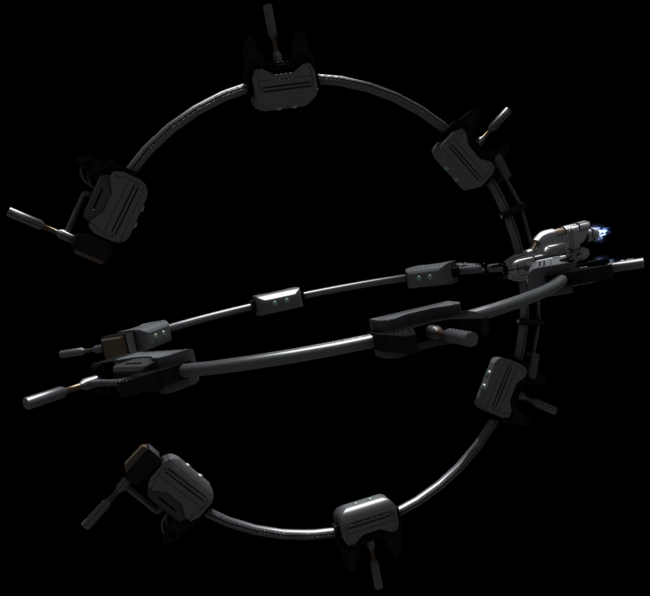 The Big Core is a medium-sized combat craft first sighted being operated by the ecoterrorist pirates. Unlike traditional strikecraft which have limited operational ranges, the Big Core can operate for extended periods of time due to the powerful energy core embedded in the center of the ship. Capable of operating both unmanned and with a pilot, the Big Core has become one of the pirates' standard gunships. It is unknown where the pirates got such an advanced design, though it is suspected that they based at least its appearance off an old-earth game, much like some of the Alliance's prototype strikecraft.

The Big Core T1-05 appears to be a variant of the original Big Core, created by the engineers aboard the pirate carrier, CRYSTALXMISUZU. Featuring a slightly enlarged hull, additional stabilizers, a rumored experimental track-wheel interface and a shiny white paint job, the T1-05 offers a vast number of improvements over the original Big Core.

A further enlarged Big Core model with its side core vents fully covered, it is larger, better armed, better armored, and much more difficult for strikecraft to destroy. It is less maneuverable however, and serves as a corvette-class ship.

The Big Core Rev 1.2 is an extension to the 1.1 model. The primary addition is of a pair of large rings with numerous inward facing turrets and a force-field projector, allowing it to trap stikecraft attempting to attack its core and destroy them.