Difference between revisions of "Cygnus Prime" 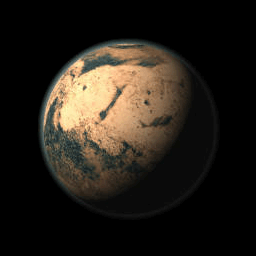 Cygnus Prime is an inhabited planet in the Deneb system. It is at least partially inhabited by Vasudans, thousands of which were forced to flee as refugees when the Neo-Terran Front invaded in 2367. Some 600,000 ground troops were required to retake the planet from the NTF.

The mission "Surrender, Belisarius!" is played in the vicinity of Cygnus Prime. According to the briefing held by Captain Loukakis, nearly 200,000 Vasudan refugees were escaping from the planet.