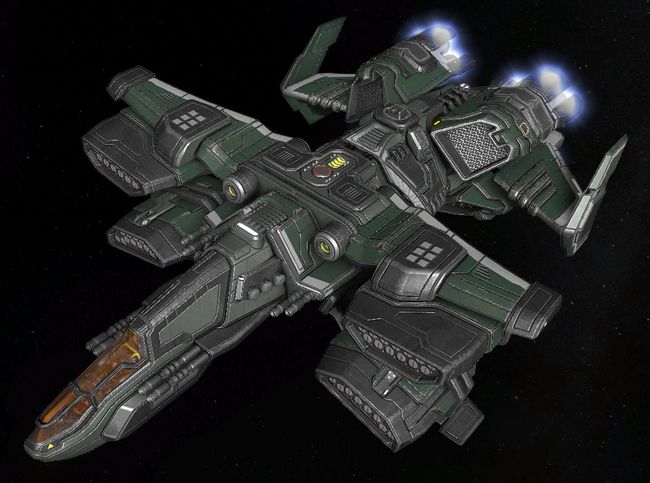 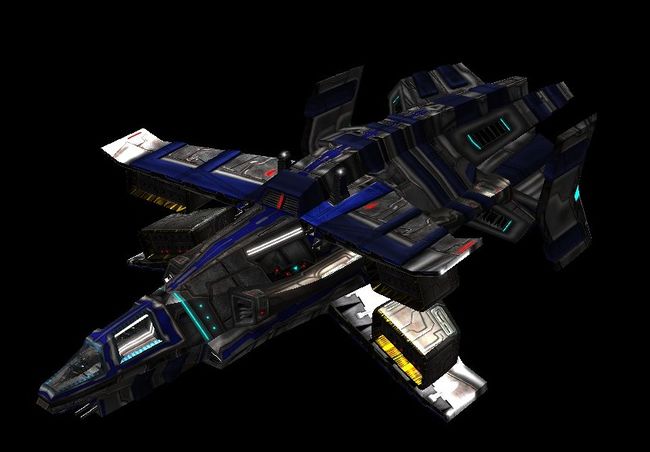 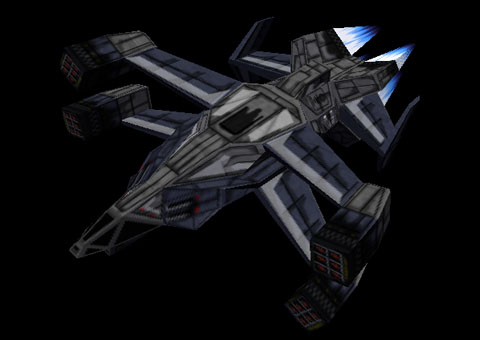 The gigantic Gagana is without a doubt the most well-specified heavy bomber in general deployment. Ten gunmounts combined with three secondary batteries make her a formidable foe. The EA has often used the Gagana as a missile boat as well as a strike bomber. She can carry the EA's best torpedoes and is very heavily armored.

The huge Gagana is without a doubt the most well-specified heavy bomber in general deployment. Six gunmounts combined with three heavy secondary batteries make her a formidable foe. Although her size is indicative of a heavy bomber class, she can exceed this specification by delivering a devastating barrage of Ripper fire in close quarters. Allowing hostile Gaganas to get within range of a large target is a recipe for disaster.

Born in Han-Ronald shipyards after the fiasco of Boanerges, the Gagana is new heavy bomber design based on beloved Medusa. Covered in strong armor and even stronger shielding, Gagana was designed to be a monster of a bomber. Powerful vasudan reactor is also power source for eight primary weapon mounts. Designed 4 years after Capella, Gagana gain from advent of many next-generation technologies, including Maxim cannon. As a first dedicated bomber capable of engaging Sathanas juggernauts, Gagana is compatible with Helios warheads and other examples of the heaviest armament the Alliance developed to confront it's foes. Pair of turrets cover top and bottom of the bomber, but all this firepower comes at great price. Gagana is one of the slowest of next-generation bombers of the GTVA, and Hera carriers are among very few vessels capable of providing Gaganas with proper logistics support.