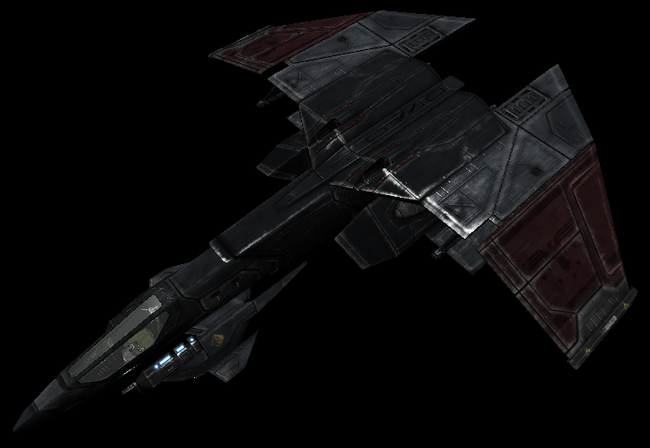 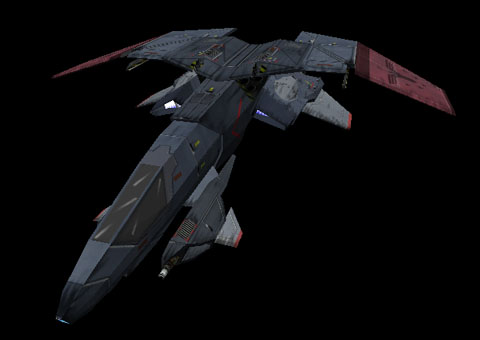 This fighter has been used in the Earth Defense Demo with the name GTF Washington and in Blue Planet as the UEF Uhlan.

The FTF-01A Lancer is the mainstay of the federal fleets fighter groups. Cheap and easy to build and just as easy to learn this fighter is every new pilots first real friend. it compares to the GTVA's Myrmidon, however it is thinner on shields and armor, packs five guns compared to six, 2 internal missile banks compared to 3, is slightly more sluggish in maneuvering and does not have a great over all weapons compatibility. however, the lancer is much faster than its counter part and has one advantage over most of the GTVA fighter corps, it is atmospheric capable, giving a strong tactical advantage, or a good means of evasion in a pinch.

The UEF Uhlan is the most commonly used fightercraft in the United Earth Navy. Designed primarily for the space superiority role, the Uhlan is a cost-efficient design that is inexpensive to produce and relatively easy to pilot. The Uhlan is compatible with most Navy weapons and is generally considered a medium-performance vessel. The Uhlan is able to operate within an atmosphere due to an aerodynamic design, and its excellent Saab maneuvering thruster suite gives it sterling agility in a dogfight. Unlike many UEF fighters, however, it lacks reverse thrust.

Except for visible primary weapon models in the second bank, the Uhlan is identical to Steve-O's original FTF Lancer.

The Uhlan is a decent fighter, but not exceptional and not on the same level of quality of the other UEF fighters. It gets the job done in the early missions but is certainly not as good as the Kentauroi or Uriel.

Despite the fact that it's not as fast and packs less firepower than the Kentauroi, the Uhlan is actually fairly hard to hit because of its tiny target profile, which is much smaller than the Kentauroi's; it's even slightly more maneuverable. When flying this, realize that your target profile is only marginally bigger than an SF Dragon. An Uhlan with two banks of Rapiers and Darts has heavier firepower than most GTVA fighters.

The Uhlan is extremely similar stats-wise to its direct Tev competitor the Perseus, with a slightly better turn rate (but slightly slower roll), equivalent shields, armor and burners, but one more gunpoint and half more secondary capacity, which is in accordance with the high-intensity UEF ship design. It is, however, marginally outclassed by the newer Atalanta which has better shields, armor, burners and one more gunpoint for an equivalent secondary capacity, although merged in one bank.

The Uhlan is compatible with some of the higher-tier Federation weaponry such as the Sidhe, Slammer and Paveway, but only on some of its banks.