Difference between revisions of "GTC Garm" 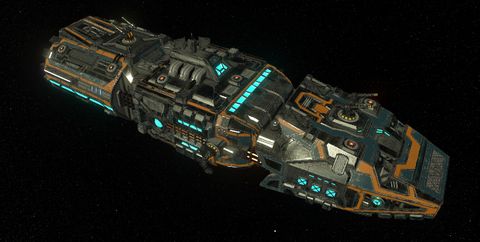 The GTHC Garm is the next-generation cruiser in the Fenris line that has served the alliance so well. The Garm is a heavy cruiser, carrying almost as much firepower as a Deimos, but with greater speed and maneuverability. Boasting 18 laser cannons, 3 Tactical Missile Launchers and 2 Beam Cannons, the Garm was redesigned around the idea that a good defense is a good offense.