Difference between revisions of "GTCv Barbados" 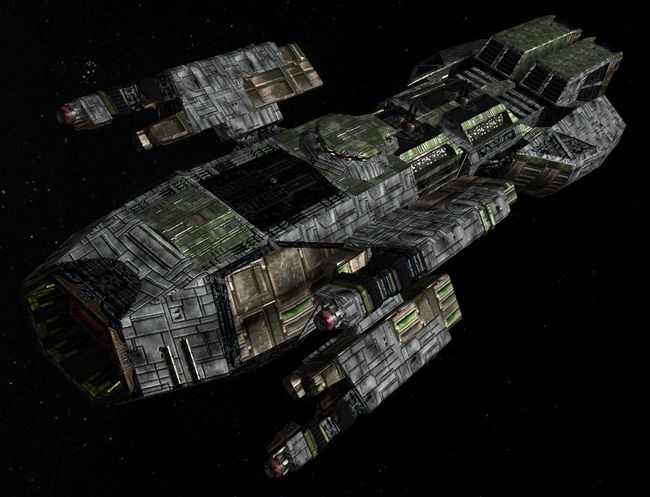 The new Barbados class corvettes are the first ships to incorporate the experimental railgun systems as its primary weapon. Each of its four forward turrets is armed with a heavy railgun, and when combined gives the Barbados unchallenged firepower. Initial combat deployments have given satisfactory results against enemy ships, as the combined firepower of the Barbados' four railguns are capable of destroying cruisers with continued bombardment. When deployed in an offensive role, the Barbados can bring the firepower of its railguns to bear, easily destroying cruisers and heavily damaging corvettes.

With two additional beam cannons, as well as a large arsenal of flak guns, pulse turrets and anti-fighter weapons, the Barbados can combat ships of all specifications, and its heavy armor allows it to withstand tremendous punishment. The railgun system pioneered in the Barbados is slated to become commonplace on all Terran and Vasudan warships within the next few years.