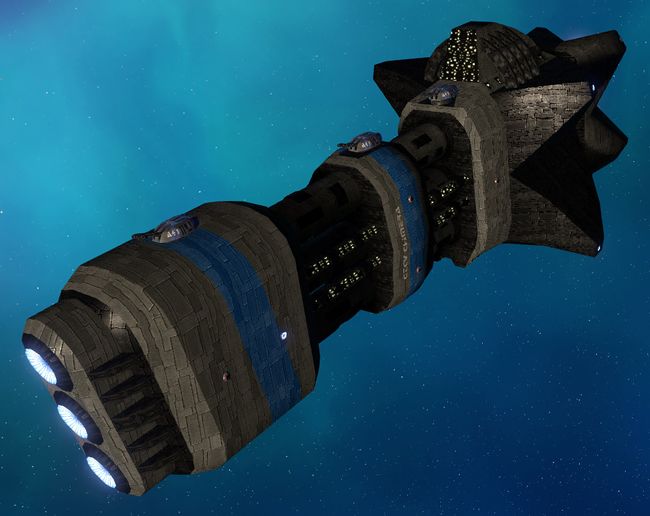 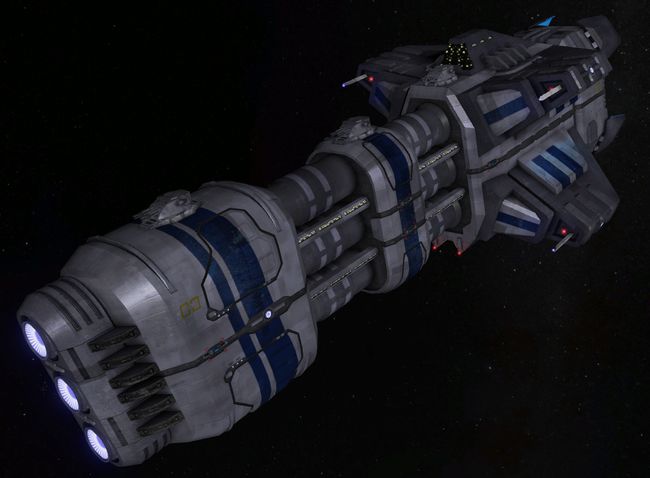 The Chimera corvette is the archetypical next-generation warship, a flying beam cannon with a superb subspace drive and power grid. Designed to kill destroyers and Sathanas juggernauts, the Chimera mimics the shock jump tactics of the Second Incursion, drawing on the new ISN BACKBREAKER strategic communications and sensor fusion standard to plot jumps and find targets.

In combat, the Chimera points at the biggest ship around and fires until there's nothing left to shoot at. Three Aurora Wake main beams provide unsurpassed killing power for the hull size. Clouds of vaporized coolant gave the corvette the unflattering nickname 'the bong'. Thermal management is a major concern, and the corvette could easily destroy itself with unwise tactics, but the ship's power grid handles well.

Chimera production is ramping up, with the perhaps-ambitious goal of matching every Deimos battleteam with a single Chimera by the end of the century. With the exception of the beam reactors, the class came in well under budget.

Of all the TEI's next-generation warships, the Chimera had the smoothest development. Data from the Hyperion class allowed designers to choose simple priorities very early: light hull, huge guns, good heat sinks, good drive, all other concerns secondary. The power grid actually overshot the target, providing the class with excess capabilities that could be exploited by a Block 2 upgrade.

Unfortunately for Chimera crews, no amount of excess power has yet provided a solution for the corvette's abominable living conditions. A software error stocked the first example of the class, Pilum, with thousands of identical pre-cooked meal pouches, each one broccoli and tofu - leading to the much-beloved story of the Cooks' Mutiny. Live on a flying gun, the saying goes, and you get treated like a bullet.

Very powerful, but Stratcomm's version has very weak armor and can barely survive a substained assult. More like a smaller Terran version of the Ravana.

In Blue Planet, one cannot overemphasize the fighter screen on this corvette: the sheer number of AAA, pulse cannons, and blob turrets on a ship only slightly longer than a Deimos is staggering. In Forced Entry the Labouchere needs virtually no escort, and in Collateral Damage the hostile Chimeras are deadly to approach. The front and rear of this ship are probably the safest approaches when you are attacking one, but remain cautious of the turrets mounted on the front of the extrusions on the aft of the vessel; they have a clear shot at anything not within a few meters of the front of the vessel. The Chimera doesn't have quite the firepower of the Bellerophon so prioritize those when disarming. It is more dangerous to fighters and bombers and still has massive forward power, however. In terms of armor, it is exactly equivalent to a Deimos under normal circumstances.

Note that elements of Serkr Team have a non-standard loadout comprising some flak turrets.