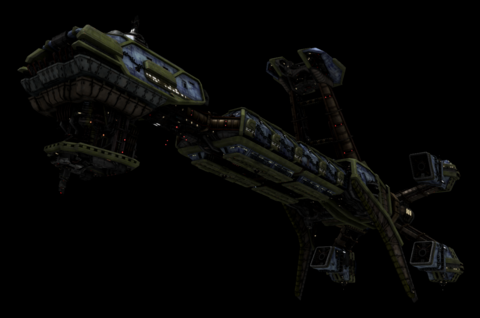 With only 2 BGreens, the Hades has actually less firepower than the Orion (with 3 along with TerSlashes), and like the Orion, it can focus the two of them in one spot, making it fairly deadly. However, the Hades falls easily to flanking techniques.

Fair to point out that the hi-poly Hades has a completely different turret layout for the main guns than the original Hades - keep that in mind when playing a stock mission converted to the MVPs. The differing layout is thanks to Silent Threat: Reborn, giving the Hades 2.5x the anti-capship firepower it originally had.
Retrieved from "https://wiki.hard-light.net/index.php?title=GTD_Hades&oldid=63052"
Categories: