Difference between revisions of "GTF Alves"

Although the Cyone fitted the profile for heavy assault, its limited armor and shielding rendered it unsuitable for extended missions. The much heavier Alves has six gunpoints and an even larger battery of secondary weapons. It is also more compatible with advanced GTVA munitions. The new Alves is unusually fast for its class - which many perceive as adding to its already elite image.

The simultaneous production of RNI's Hercules Mark II and Triton Dynamic's Erinyes was the result of a divide within the Terran admiralty and pilot corps. Though the original Hercules boasted massive primary and secondary firepower, most Hercules pilots achieved kills with their guns, rather than their missiles, thanks to the ineffective seeker heads employed during the Great War. With the advent of new missile systems such as the Harpoon and Tornado, some thought that the next generation of assault fighters should be heavy missile pickets, engaging targets at long range with barrages of aspect-seekers. A more traditionalist school of thought was that missiles are unreliable, easily spoofed by skilled pilots, and logistically costly, while primary weapons face none of those issues, and can engage a variety of targets, rather than a specific class of ship like missiles. Missile boat proponents got the Hercules Mark II, and later the Ares, while traditionalists received the GTF Erinyes. The former proved to be a simple, viable line fighter, while the latter, an unusual design with limited endurance but decent flight characteristics, proved to be extremely popular with elite pilots. The Second Incursion proved both designs were viable, with the Ares and Herc II thinning out waves of Shivan bombers, while the aces cleaned house with waves of Kayser bolts.

The Erinyes always struggled with an undersized reactor for its spaceframe, but the Admiralty was forced to retire the design in 2392 when it was discovered that the fighter would have catastrophic reactor failures when mounting advanced weaponry. In response, Command ordered a redesign of the spacecraft to handle modern power and weapon systems. The result was the GTF Alves, boasting the Erinyes' signature 8 gun mounts with enormous ammunition capacity for ballistic weapons, as well as greater speed, maneuverability, and shield strength compared to the Hercules Mark III, at the cost of reduced secondary capacity and armor. The Alves is currently issued only to SOC squadrons, but is expected to enter limited deployment with elite line squadrons soon. 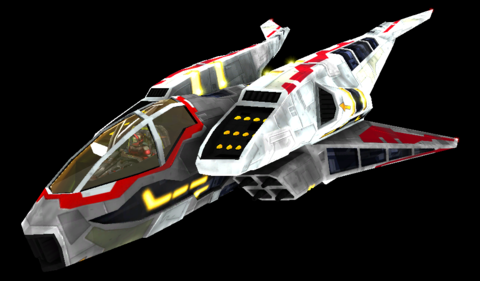