Difference between revisions of "GTF Durandal" 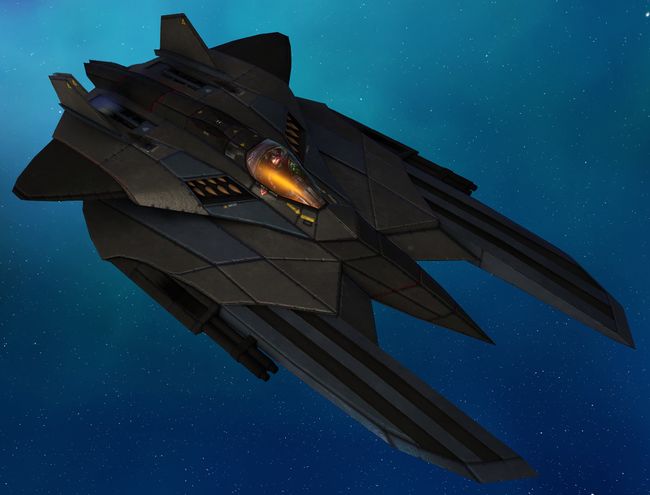 Nankam Aeronautical's Durandal is the spiritual successor to the Hercules assault fighter family. It is the also the first fighter commissioned under the 'Guardian' Initiative project, a response to future Shivan threats and drastic change in technological standards. While deviating from traditional design ethics, the Durandal surpasses expectations for an assault fighter, combining high durability with moderate firepower and manuveurability. This has been achieved without major sacrifice to energy efficiency or loadout capacity. A combat evaluation period is currently in effect, and despite expensive costs, widespread deployment has already been planned.

The PFY-94A Durandal is intended to finally replace the dated Astrogator general purpose fighter. Though the Commonwealth has expressed reluctance to retire the older design due to concerns over the Durandal's marginally higher production and maintenance costs, Durandals are nevertheless slowly being phased into service, replacing old Astrogator wings lost in combat. More widespread deployment is expected shortly, funded by selling off of selling off old, stripped-down Astrogators to civilians, due to the its predecessor no longer being offered further refits by Pollux Fleet Yards.