Difference between revisions of "GTF Perseus"

The GTF Perseus was the next generation of intercept fighters used by the Galactic Terran-Vasudan Alliance during the NTF Rebellion. Its first known deployment was in Epsilon Pegasi where Perseus fighters deployed from the GTD Aquitaine played a pivotal role in the defense of Enif Station and the destruction of the NTD Repulse. While the Perseus is considered by the GTVA to be a high-performance interceptor, its blend of high speed, good maneuverability, moderate firepower, good weapons compatibility, medium armour and above average shielding allows it to be placed in other roles, such as escort, medium assault and surgical strikes against larger ships.

Designed by GTI engineers to replace the aging Valkyrie. This ship has the Valkyrie's speed and maneuverablity with more armor and weapon capabilities

The GTF Perseus is the newest fighter in the GTVA's arsenal. Slated to replace the aging Valkyrie as the Alliance's primary interceptor, the Perseus's high max speed and maneuverability make it ideal to hunt and destroy enemy bombers. Perseus fighters have been assigned to the 3rd Battle Group on a trial basis, with wide deployment expected after the OpEval period. Primary weapons include the Subach HL-7 and Prometheus cannon, with secondary loads of Harpoon and Hornet missiles. Preliminary results have shown the Perseus to be a superb fighter.

In Greek mythology, Perseus was a legendary hero, who not only killed Medusa, but was the founder of Mycenae. He was the first member of the Perseid dynasty of Mycenae. 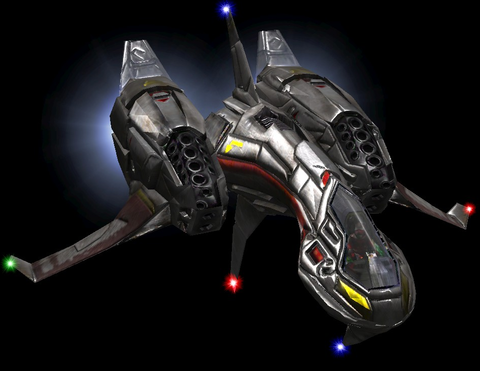 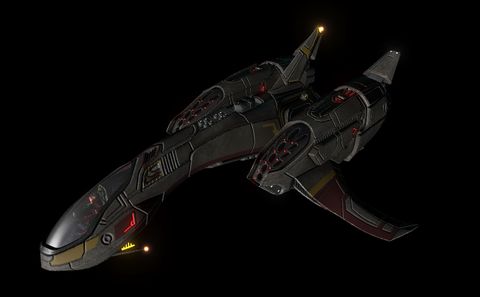 History
Model by: Venom
Textures by: Venom (Based on retail textures)

The Perseus, with its speed and maneuverability, is a joy to simply fly, much like the Serapis. Unlike the Serapis, the Perseus can also fight in addition to doing acrobatics. With shielding and armor to let it fight it out on even terms with most space superiority fighters, and better maneuverability, the Perseus is among the best fightercraft available to you as a GTVA pilot.

The best overall craft that you get to fly on a regular basis. Fast, maneuverable, and has enough armor to deal with defence missions as well as attack ones. Definitely an improvement over the old GTF Valkyrie overall, although the afterburner capacity and maximum velocity is noticeably less than its predecessor, which is an important point when talking about interceptors.

Of the playable fast, high maneuverability end fighters, the Perseus is the most useful, the GTF Loki, GTF Ulysses and the stealth fighters all suffer from poor weapon loads and the GVF Thoth, GTF Valkyrie and GVF Serapis have an almost comical inability to take any punishment whatsoever, the Serapis also suffers incompatibility with the GTM Trebuchet, not quite compensated for by GTW Maxim ability, all the moreso for the inability to carry GTW UD-8 Kayser. The GVF Horus is more or less equal in weaponry, but the faster turning, relative toughness and better gun-mounting location of the Perseus serves it better than the Horus's sheer speed does.

Interceptor? No. Think space superiority. The Perseus is a better all-rounder than the Myrmidon and simply a badass ship. It has the right combination of speed, agility, and firepower to crush any other fighter except the Mara and maybe the Tauret. It's fast, it's agile, it has serious firepower, and it's stronger than the FS1 Apollo with its weapons compatibility (despite having the same number of gun mounts and missile capacity, the Perseus has 25 more HP and a faster engine than the Apollo). I would rather fly this than an Erinyes.

Do not think that for one second, just because the Perseus has 4 gun mounts, that it doesn't deal as much damage as the six-gun Myrmidon or the eight-gun Erinyes. The Perseus can dish out a surprising amount of damage in a good amount of time, and can be adapted to good anti-bomber/anti-subsystem work with the GTM Trebuchet, not to mention with only four gun mounts, the Perseus's battery doesn't dry up as quickly, especially if you tend to use the GTW-5 Prometheus S or UD-8 Kayser.

In a way, it's the superb combination of agility, armor, and firepower. The only thing it doesn't do superbly is destroy capital ships. A shame it can't carry the GTW Maxim, but if it did, I'd have a hard time justifying to myself why I'd fly anything else.
Retrieved from "https://wiki.hard-light.net/index.php?title=GTF_Perseus&oldid=59406"
Category: