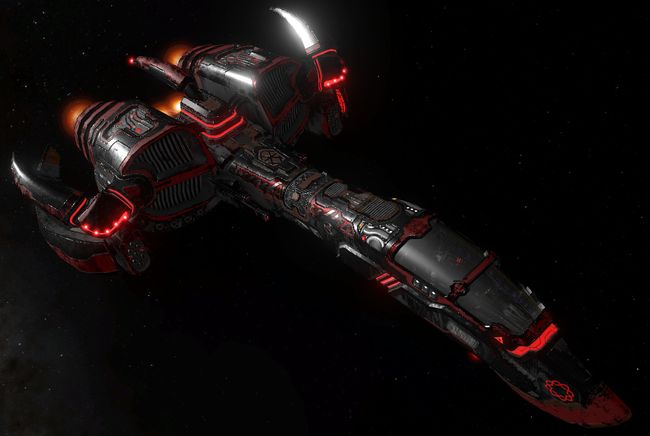 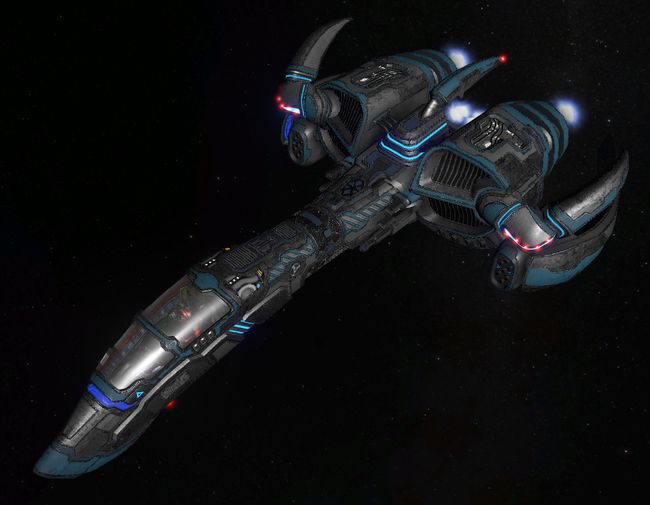 Although further experiments involving hybridisation of Alliance technology with shivan were oficially cancelled after Hades Rebellion, special forces of the GTVA still wished to utilise advanced shivan technological solutions in next-generation spacecraft designs in the near future. After second shivan incursion and Capella Incident, GTVA gathered new intel mostly thanks to captured Mara fighters. A special, secret commission by Nankam Aeronautical, the Vali is prototype of next-generation interceptor design featuring full integration of shivan technological advancements. One of the fasters crafts ever deployed by GTVA, the Vali has paper-thin hull to reduce weight, but Mara-inspired reactor provide power for sheer amount of shielding and high energy capacity for Kayser cannons or other next-generation GTVA primary weapons. Vali is as deadly, as she looks like. Designed after Perseus and Loki fighters, Vali quickly exceeded all initial expectations and become the most powerful hunter-killer fighter available to GTVA forces. Currently deployed in limited numbers to SOC's flagship GTD Equilibrium, Vali is expected to replace Perseus when her op-eval period is completed.

The Vesta is a space superiority fighter, which is designed to supplement, and eventually replace the Myrmidon class within the Terran fleets. It improves on its predecessor primarily in manoeuvrability and overall toughness, as well as in weapons compatability. While technology sharing between Terrans and Vasudans has been commonplace for some time now, the Vesta is the first true joint project between the Terran and Vasudan militaries since the Ulysses. Vesta class fighters were deployed to Epsilon Pegasi early in the Aesir conflict, and have proven themselves highly competent combat craft through the past several months of battle.