Difference between revisions of "GVF Ennead" 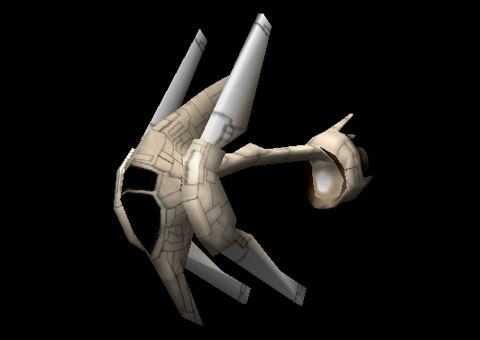 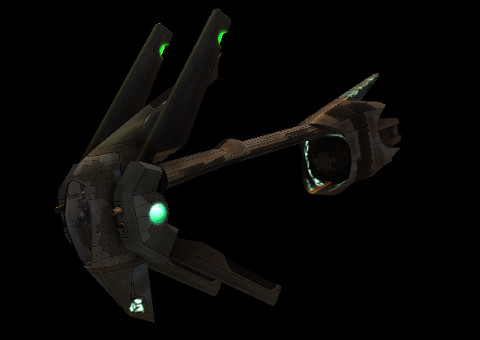 The fastest ship ever built, the Ennead is essentially an afterburner with guns. Very poorly shielded, this refined interceptor is useless in most dogfights. Where she excels is the interception of bombers, as her incredible afterburner velocity is completely unmatched by regular propulsion systems.

Often considered as the fastest ship ever built, the Ennead is essentially an afterburner with guns. Very poorly shielded, this refined interceptor is useless in most dogfights. However, she excels as a scout and can fill anti-bomber rolls, as her sleek profile and her state-of-the-art afterburner velocity is completely unmatched by conventional strikecraft.

The Ennead's mesh is based on a cutscene image featured in the FreeSpace 2 credits section. [1]

As it can be easily deduced by looking at the Ennead's parameters, this fighter truly is a mere "afterburner with guns". Just like certain fighters like the Serapis or Manticore, the Ennead should not join prolonged battles because of its thin armor and relatively weak shields, so it should be used to intercept bombers, only, although its weapon compatibility somewhat ensures the possibility of carrying out moderate anti-subsystem strikes.

In any case, an Ennead should not stay close to hostile warships armed with effective anti-spacecraft missile or beam batteries because they'd easily exploit the fighter's weaknesses in no time.