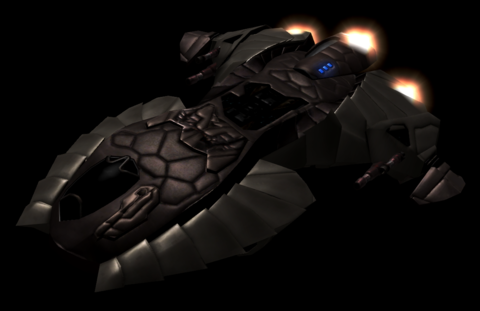 I find it weird that while a lot of pilots praise the Horus, I don't. Even at full shields with 23% hull integrity, I couldn't survive the shockwave of a Piranha exploding while defending the Aquitaine. While I would give the thumbs-up to the Horus for its speed, I think that there is too much... inertia... when it pitches to make it really effective as an interceptor. Personally, I would rather chase down Piranha-wielding Nahemas in a Serapis than chase them in this.

The Horus also suffers from inadequate primary placement, much like the Thoth. The Serapis beats both FS1-era Vasudan fighters in this regard.
Retrieved from "https://wiki.hard-light.net/index.php?title=GVF_Horus&oldid=40748"
Category: