Notably, it features one of the first modeled Vasudan cockpits. 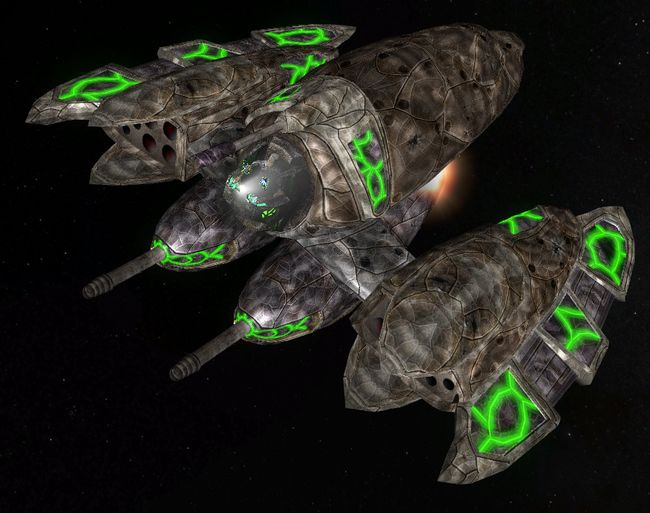 The PVF Imset was introduced to the Vasudan fleet 5 years into the war, and has proven itself to be one of the finest fighters available to enemy forces. Fortunately for our forces, the Imset is also prohibitively expensive to produce; although vastly superior to the Anubis, attrition rates, changes in weapons technology and materials cost mean that inferior fighter has become the primary Vasudan frontline interceptor. As far as we can tell, the PVN has stopped producing the Imset class, meaning each one we take down reduces their combat stock – and making this dangerous fighter a prime target. The GTA has designated the PVF Imset as a Class C threat.

The Imset is the core heavy fighter of the Vasudan fleet. Like its predecessor, the Tauret, the Imset can equip a powerful secondary loadout, but the fighter can also use the heaviest Vasudan weapons available. As such it is somewhat more capable than the Terrans' Hercules III, but is also considerably less numerous. The Imset is quite ungainly in dogfights, relying on a few lucky hits with its weapons to end battles.