Difference between revisions of "GVF Shu" 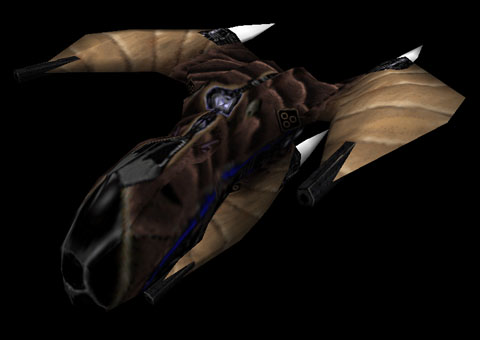 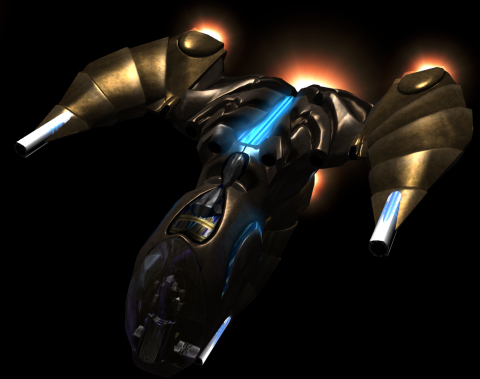 Developed by Akheton Corp. to replace the aged Thoth, the GVF Shu is seeing rapid deployment throughout the Vasudan navy. Although not as agile as the Serapis, the Shu has a higher survival rate thanks to its heavier armor and shields. Superbly balancing speed, maneuverability, armor, and loadout, the Shu is a match for any hostile fighter. Able to perform a variety of functions, its versatility has already proven invaluable in the current conflict, and the fighter is expected to remain in service for many years to come.

The Shu Mk II is an upgrade to the original fighter by Jadehawk and PeterV. It is primarily a geometric/texture modification, akin to a HTL-type upgrade, but with minor changes to the thruster and secondary setup.

Similar in weaponry to the GTF Myrmidon. Even carries the Helios for reasons unknown. The Shu is, however, more maneuverable than the Myrmidon, and I personally find the Shu's five-gun setup simpler to handle than the Myrmidon's six-gun one, though it appears rather strange at first. A worthy replacement for the aged Thoth as the Vasudans' dedicated space superiority craft in addition to being a serious challenge to the Perseus for the GTVA's best all-arounder.