Difference between revisions of "GVT Qeb" 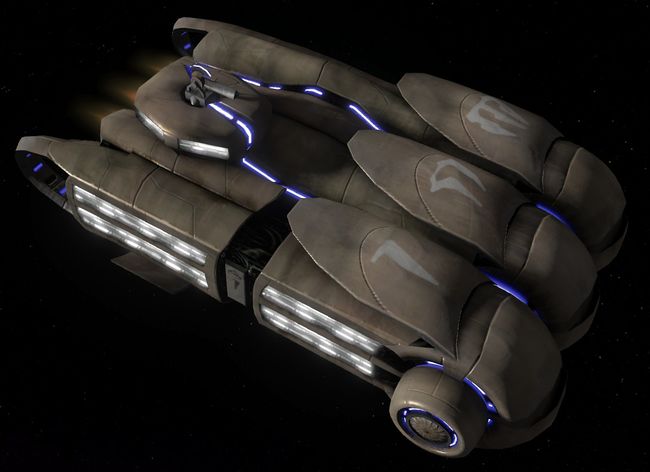 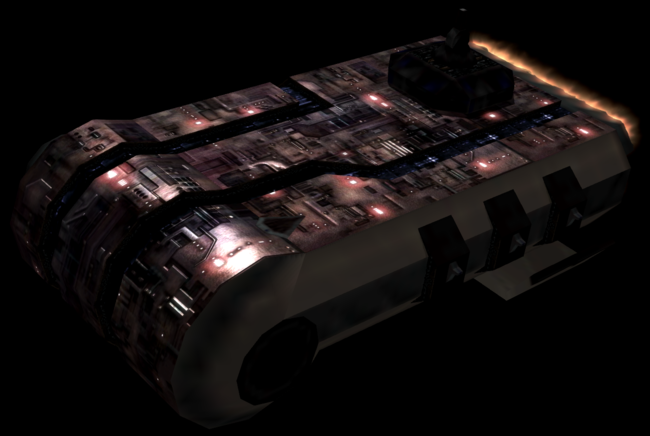 Evacuation of Vasudan systems in the wake of the Shivans called for a long-haul transport with much greater tonnage than the Isis-class. The Qeb-class was developed for this need, with trans-atmospheric capability and a modular configuration for rapid manufacturing and deployment. Utilitarian by Vasudan standards, Qebs are being deployed as quickly as they can be shipped out.

The course of the Vasudan-Terran war revealed the deficiencies of the veteran Isis-class multi-role transport. Recognizing the need for a dedicated troop carrier for planetary assaults or for boarding enemy vessels, the PVN Military Directorate commissioned the Qeb. The vessel saw its first widespread deployment during the evacuations of Vasudan systems in advance of the SD Lucifer and has aged well in the seasons since. Like the Argo, which it inspired, the Qeb is frequently used for shuttling military VIPs or technology prototypes in addition to its standard role as an assault transport.

The original Qeb may appear to be missing textures and have invisible sections of hull. This is because it references texture maps that were in the 3.6.8 MediaVPs but were removed from subsequent versions. The map in question is from the old HTL Aten before it was replaced by the current version.

This ship features and unorthodox turret placement, with three button turrets on the port side and one multipart on top, leaving the starboard and undersides uncovered.