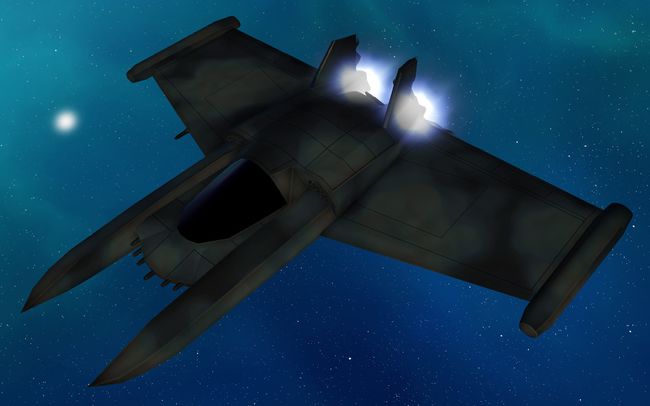 A finely honed balance between combat ability, manveroability and ease of repair, the Gotha AeroSpace Fighter became a mainstay of the SLDF forces. In 2654, New Age Systems were able to secure the services of five of the greatest fighter pilots and most skilled fighter combat-repair technicians in the Star League Defense Force at the time to assist in a development of a new medium weight fighter. By the end of the three-year study, the engineers at New Age Systems had produced three prototypes of the Gotha which attempted to balance the influences and opinions of the pilots and technicans, of which the 500 series proved the most successful.

While at the slower end of the medium weight class, the sleek fighter carries thirteen tons of CarbonDale IV Ferro-Aluminum armor, giving Gotha significant protection. The use of well known and regarded equipment earned top marks from technicians assigned to fighter, save the tendency of targeting and tracking system to jam other systems on the craft for a few seconds when initialized at full power and range.

GTHA-100 - The 100 series prototype saw trials in Marik space, using a smaller though more reliable engine to increase the number and variety of weaponry. In particular the weapons suite featured more missiles, with the 100 series carrying an SRM-4 in each wing