For the ship used in earlier releases of Blue Planet, see GTF Leto. 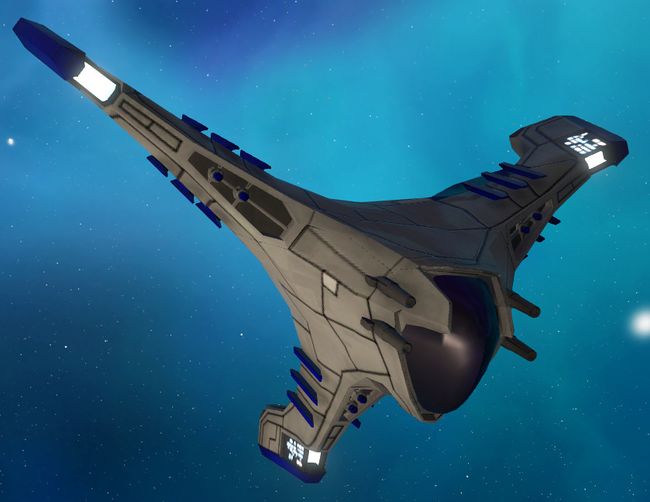 The HAF Cyclone in Dimensional Eclipse. 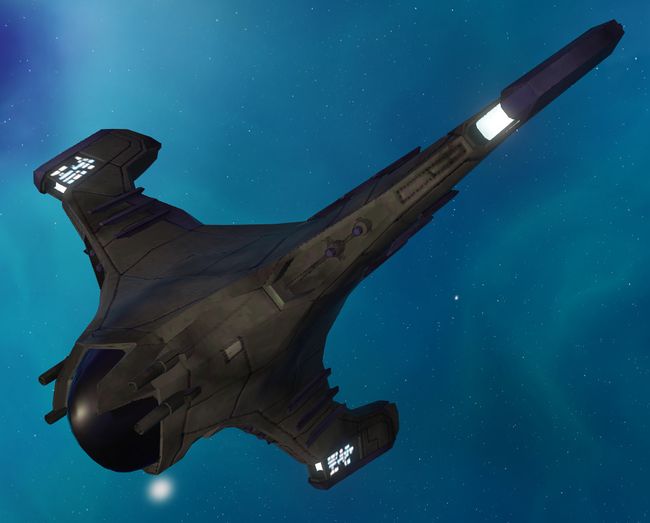 The Scimitar in Blue Planet.

Produced for the civilian market by Aurelius Fleet Systems, the AFC-2Y Cyclone is a small, nimble, and highly modular craft. A single seater attack frame sold to space flight enthusiasts and mercenaries alike, modification options include gun braces as well as miniature missile racks. Prior to the development of the Blizzard, the Cyclone was the primary craft utilised by the Heaven's Alliance. A number of Cyclones are still carried onboard most Alliance cruisers as reserve craft.

The Scimitar was a reliable and versatile fighter popular with private military forces and militia. The decline of these groups during the Isolation saw reduced usage of the fighter in core space, but the Scimitar remains in production in the Kuiper Belt workshops of the Gaian Effort. Kostadin Cell in particular favors the Scimitar as a strike fighter due to its ability to carry a wide range of munitions.

The Scimitar's stats may look like rubbish compared to even the entry-level UEF Uhlan, but don't get cocky. These fighters can carry the standard UEF primaries, including the anti-subsystem Scalpel, as well as torpedoes; the lower bank, in particular, can mount nearly every single UEF missile available to the player. Furthermore, the Scimitar has an incredibly long afterburn duration—16.6 seconds—and it takes only ten seconds for the ship to fully recharge afterburner fuel from nought. In large numbers and in the right hands, the Scimitar can and will give even the most formidable battlegroups something to worry about. The Gaian Effort loves to attack targets simply by overwhelming them with a ludicrous number of these ships, and although this tactic works less effectively against military targets, it will at least inflict nosebleed even to a Hatshepsut destroyer or vessels escorted by the Knights of the White Brotherhood.

Fight it was you would a GTF Ulysses. This fighter lacks armor and any type of endurance, but they can still hurt. They will usually try to swarm you, and never when you're carrying something useful like a Slammer. Also note that their pilots don't fly well when in shock.