Difference between revisions of "KCSL Hecatos" 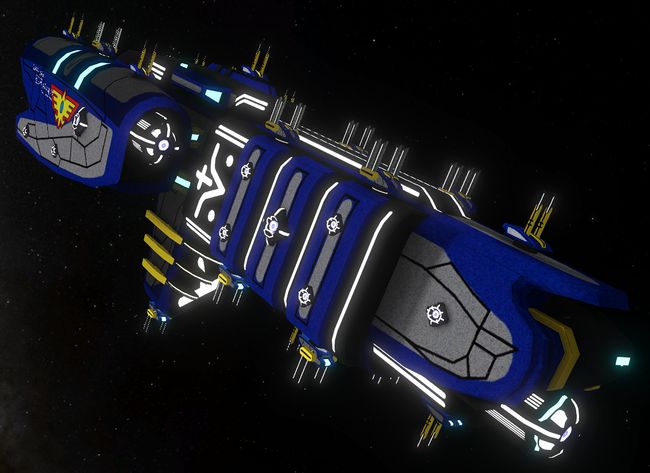 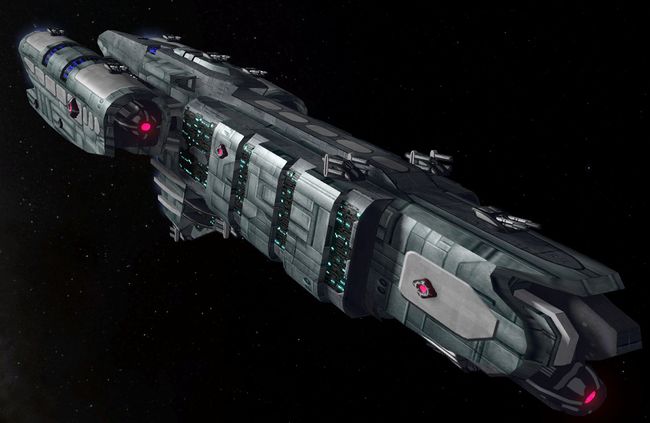 The GTCv Alexandria in The Aftermath Reboot

The Hecatos was a ship intended for a Wings of Dawn 2 species called the Ketrans. When this race was cut, the ship was released to the public.

The aging stalwart Hecatos class heavy cruiser has been in service since BNC0760 and still remains to be a versatile ship. The 985 meter ship has a crew compliment of 250 and largely serves as a multi-role combat warship. It fills various roles from patrolling deep space to acting as the command ship to smaller ship formations. With 46 high-powered turret, it is still well capable of going toe-to-toe with most modern ships of its size, it's falling behind of the curve faster and faster and become harder to maintain and upgrade. The Board has approved the decommissioning of the older Hecatos ships to be replaced by the new Laeregis class battlecruiser. If the plans proceed as projected, the last Hecatos class ship, the KCSL Garuda, will be replaced in 50 years.

Like all Ketran capital ships, the Hecatos does not use shields, but rather polarized armor which completly deflects all shots until a certain threshold has been reached in which then it disappates around that area. This means fighters do not have a shield to fly under, but the armor itself seems to have no real resistance to any form of weaponry.

Hecatos is a corruption of the word Hecate, a reference to the GTD Hecate which its design was heavily inspired from.