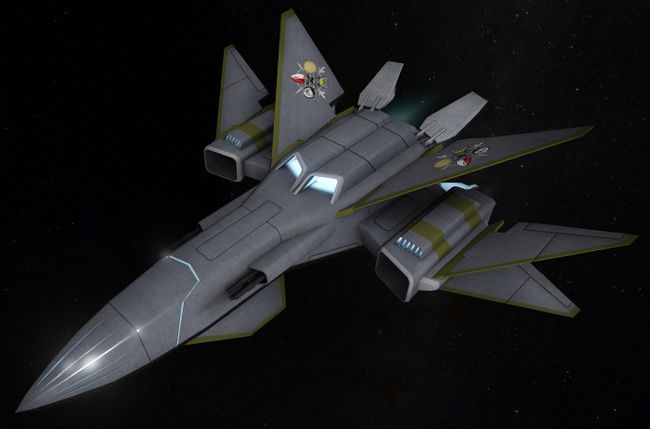 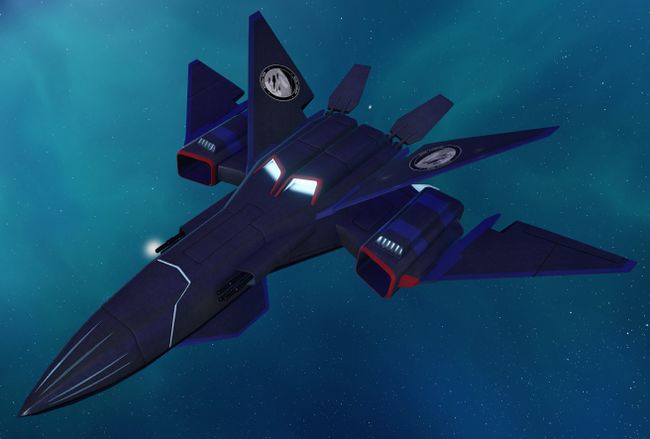 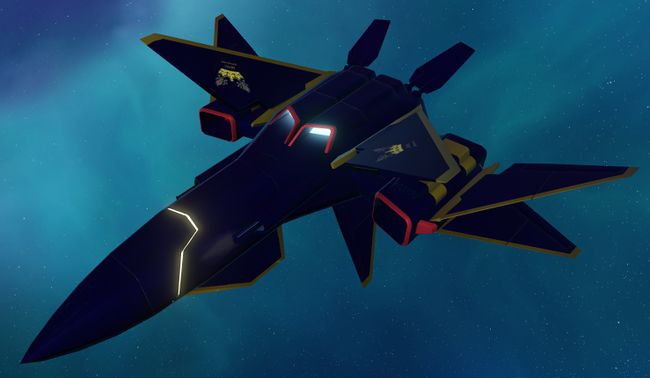 The third installment of the Ray line began production in NC0118, 34 years after the end of the Terran-Cyrvan war, and has served as the mainstay fighter of the LSF for 27 years. Unlike its predecessors, the Ray III was never intended as a platform for new technologies - its design was intended to be a cheap, multipurpose dogfighter. Its modular design allows maximum compatibility with the most current weapon systems. While versatile due to great weapons compatibility, the Ray III is not the most adaptable fighter once deployed due to only having a single primary and secondary bank. The reflective armor fitted on the Ray III is effective at absorbing hits from energy-based weapons, but is considerably less durable against solid projectiles.

The third installment of the Ray line began production in NC0118, 34 years after the Terran-Cyrvan war, and has served as the mainstay fighter of the LSF for 28 years. It's designed to be a cost-effective, multipurpose dogfighter.

This craft is slowly being phased out by the LSF but has remained popular with mercenaries because of easy maintenance.

It's third generation gimmick is it's ability to store weapons in a localized subspace pocket, giving it greater adaptability in the field.

This is the League Star Forces painted Mk III. It's plated with a reflective coating, which gives an approximate 15% reduction in energy damage, on the flipside, this coating is 10% more easily damaged by kinetic damage types.

The Commonwealth produced variant has some differences, they removed the hammerspace device and instead split up its primary banks in two banks of three. The CRF always tries to sell it as a preference, but everyone knows its really just a matter of cutting costs on the production progress.

The resulting surplus power from not having subspace weapon storage is used to provide juice to the HEX-87 shield generator, which is roughly 10% more durable and has an improved recharge rate over the standard SPELL-86a shield generator that is fitted in the SF Ray Mk III.

This is the original Sol Force Mk III.

The E variant fits the Sol Force profile, its faster and more maneuverable. But trades a bit of hull armor strength in exchange.

This Mercenary variant has reactive armor plating, which compared to standard armor, provides roughly 15% better protection against kinetic weaponry, but takes around 10% more damage from energy weapons. It also sports a fancy camouflage that is popular with mercs.

With the exception of a different coat of paint, the UGC version is the same good old Ray MkIII.

The Delest Dynasty W variant exchanges the Subspace storage and the original weapon configuration for a heavier weapon loadout. Though it suffers a bit in maneuverability as a trade off.

Ray Mk III is one of the robots that the player can control in the game Custom Robo.

Not too shabby for a starting ship, especially considering the alternative which is the slow and clumsy Caliburn which is far, far worse. However, as soon as you complete Life of a Test Pilot, you'll want to start using the Ray III E or W you got right away and ditch the original, as these two have more emphasized strengths and have weapons compatibilities to the more powerful weapons later on.