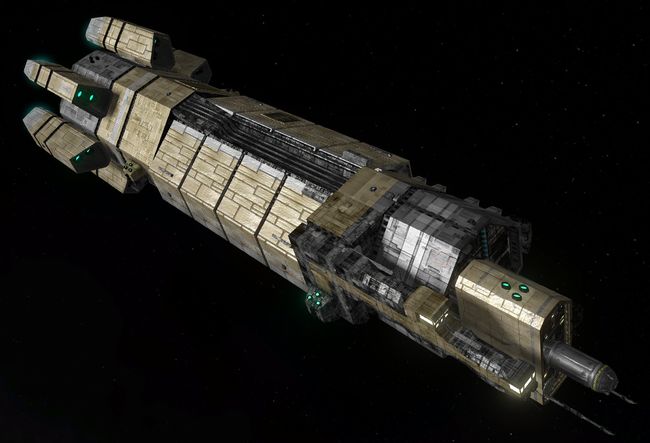 Similar to the ORCo Abraham, the Hephaestus is a capital-sized ship with lots of hitpoints but no real weaponry. In comparison to the Abraham that is at least armed with tons of blob turrets of various kinds, the Hephaestus has almost none. Only four of its turrets are missile launchers. The rest is pretty much useless against enemy craft, but actually enough to defend the ship from incoming asteroids and torpedoes. It will withstand some pummeling for quite a while, but anyway it will eventually die. It's very similar in terms of overall performance to the FS1 Orion, but equipped with four hangarbays asymmetrically on the left side.