Difference between revisions of "PVFg Cleopatra"

The PVFg Cleopatra was a Vasudan patrol vessel from the early Vasudan fleet during the Terran-Vasudan War. It carried a very small complement of fighters. 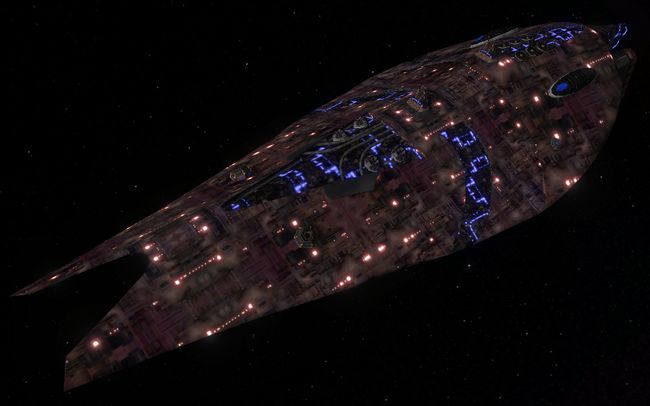 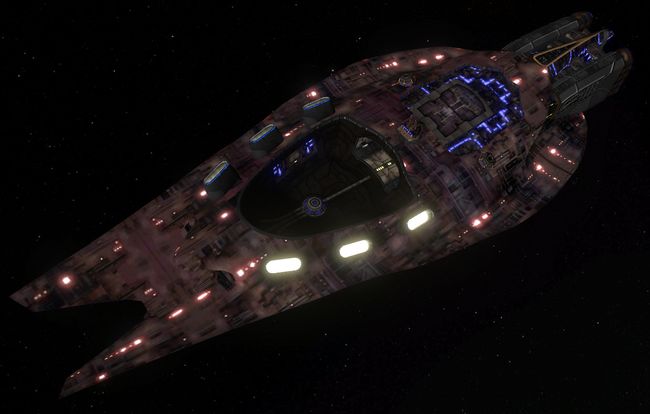 The Cleopatra is a Vasudan patrol vessel, comparable to our own Jupiter class frigate, apparently designed for long term independent operations. Although roughly the same size as the Neith cruiser, the Cleopatra is considerably smaller in terms of internal volume, and its weapons are optimised for anti fighter defences, resulting in its classification as a Class B threat.

Its small fighterbay is an anomaly among Vasudan vessels – considerably smaller than any other yet encountered. Terran intelligence believes that it could not practically hold more than four fighters at any one time, and field evidence suggests that a more typical complement is half that number, with the sparse remaining space likely reserved for small transports and shuttles.