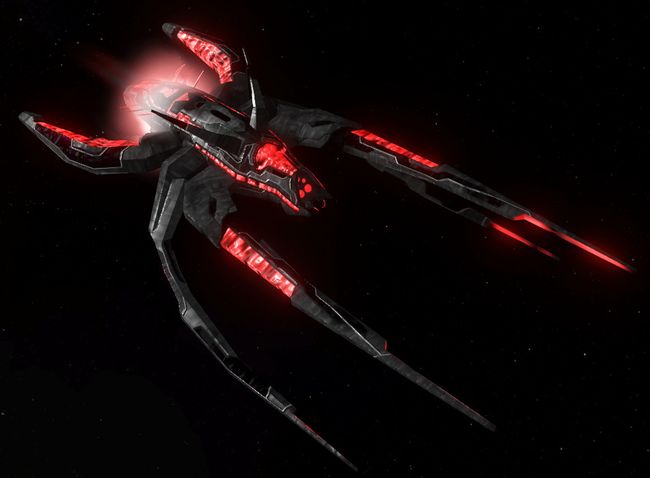 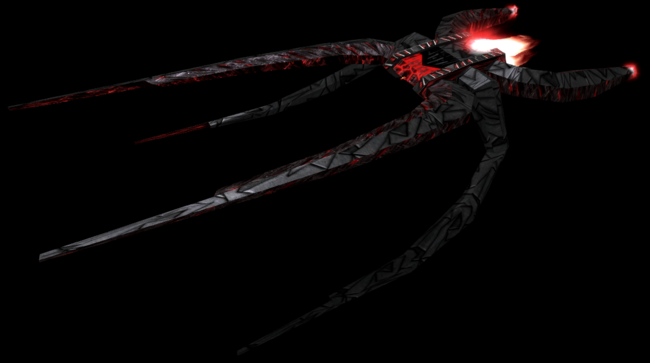 The Vindhyachal is the biggest nightmare an interceptor pilot has ever had to face. This huge gunship can be barely classed as a bomber, although they are capable of deploying heavy and super-heavy Shivan torpedoes. Even worse is their light beam cannon that can wipe out a freighter convoy on its own. Command recommends the Advanced Cluster Missile to deal with them, as it can happily absorb most GTVA anti-fighter weapons while still retaining 100% of its abilities. A single Vindhyachal can take down a cruiser by itself.

One of the first successful attempts to mount beam cannons on a spacecraft, the Vindhyachal should never be underestimated. It's not like the other bombers, nothing but sitting ducks for a skilled interceptor pilot: this bomber's hull is very difficult to hit because of the Vindhyachal's shape and it's always a good idea to use secondary weapons, possibly at long range.

If ever you loathed the Seraphim or Nephilim for being so damn difficult to kill, the Vindhyachal will have you in paroxysms of rage at its durablity. Do not underestimate the sheer amount of ordnance required to bring one of these down.

Another thing is that it is very flat, chasing it from behind is going to throw you into fits of rage as the thing is so damn hard to hit from behind, as you're getting wasted by a bunch of turrets at the same time.

A reskinned version of this bomber was used for Aesdherian forces in the Ancient-Shivan War campaign.