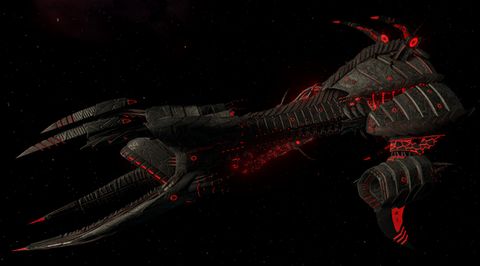 To see if the design of the Ravana was really as good or bad as people think it is, I put it on a frontal attack against an Orion's broadside. Although the Ravana did end up destroying the Orion, multiple beam hits from the Orion ended up killing the Ravana as well. Its basic design prevents it from putting out damage from the side, but from the front, it can kill anything that comes near.
Retrieved from "https://wiki.hard-light.net/index.php?title=SD_Ravana&oldid=62065"
Category: