Difference between revisions of "SSD Diablo"

For the first warship of this class encountered by GTVA forces, see SSD Diablo. 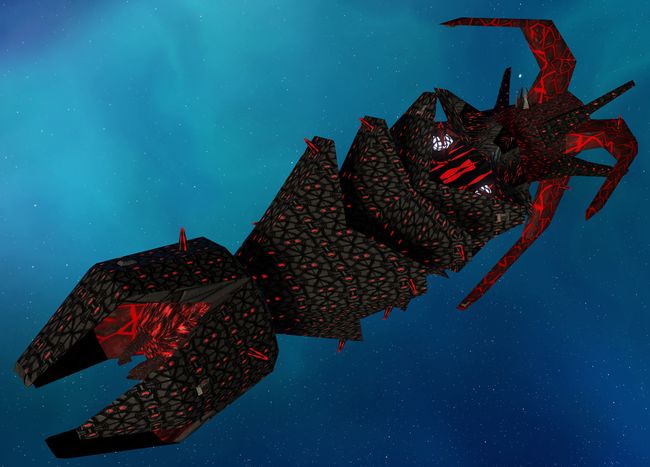 The Diablo is a very heavily armed superdestroyer class of Shivan vessels. Its anti-spacecraft defenses are composed of a large variety of lasers only, because the ship has no anti-spacecraft beam weaponry of any sort.

There is a single word to describe the Diablo, and that is 'monster'. An obscenely heavily armed weapons platform, this superdestroyer is equipped with a single juggernaught-calibre cannon in addition to four huge and four heavy emitters on eight heavily shielded mounts. Her push into Allied systems almost destroyed the GTCa Independence. Only timely intervention by the veteran pilots and the SOC prevented the Diablo from bringin (sic) about a severe tragedy.

Has a few number of subsystems named "Shield Generators" but doesn't have any actual shields. However, in Noise's campaign, Into the Depths of Hell, the Diablo in it has a successful workable shield incasing it, but fails to protect it against beam cannons (as with the rumor that beams should penenatrate the Lucifer's shields), but has Invincible SEXPs on it to make it seem so.