From FreeSpace Wiki
Revision as of 21:28, 12 July 2010 by General Battuta (talk | contribs) (yo dawg snail put a quirk in your quirk so you can quirk while you make subspace missions)
(diff) ← Older revision | Latest revision (diff) | Newer revision → (diff)
Jump to: navigation, search 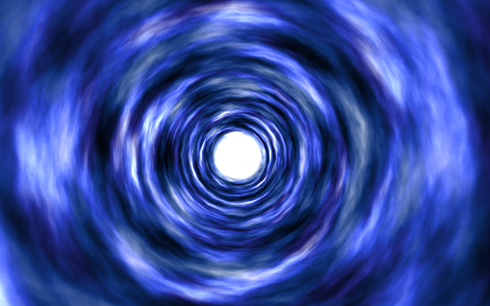 Intersystem jumps (through subspace) represent a very quick method of travel; journeys that would take years—or even centuries—at light speed are only a matter of hours or days when travelling via subspace, although it's not clear exactly how long they take. In FreeSpace 1 (the fail debrief for The Great Hunt), it is noted that the Lucifer will take 48 hours to reach Earth from Delta Serpentis. In the last two FS1 missions, the player is given about 10 minutes to reach the Sol jump node after the Lucifer has jumped, and another 10 minutes to destroy the Lucifer in subspace; it can be estimated that the Lucifer takes 20-30 minutes to reach Earth from Delta Serpentis, or roughly one lightyear per minute. At the same time, the FreeSpace Reference Bible describes intersystem jumps as being near instantaneous. Like most other questions about canon, this one has contradictory answers. Common belief among fans is that normal-space distances do not affect subspace journeys.

Note that the FreeSpace 2 techroom description prohibits craft from making intrasystem jumps without the prescence of an intense gravitational field, but does not say that intersystem jump nodes only form in the presence of gravity. Therefore, one could technically say that there are many jump nodes that lead to empty space while only the ones that lead to actual systems are used by the GTVA. Common sense and gameplay seem to imply otherwise, but this possibility has never been explicitly ruled out.

In simple terms, subspace is an n-dimensional tunnel between one point in the universe and another. A vessel can travel through this tunnel in a matter of minutes, making a journey that might otherwise take decades or even centuries at light speed.

A jump drive causes a ship to vibrate in multiple dimensions until its modulations are in perfect synchronization with the subspace continuum. A vortex opens, creating an aperture from an infinitesimally small point in the cosmos, enabling the vessel to cross the subspace threshold.

Two types of jumps are possible.

First, an intrasystem jump can occur between two points in a star system. Most small, space-faring vessels are equipped with motivators capable of these short jumps. The presence of an intense gravitational field is required, prohibiting travel beyond the boundaries of a star system.

Second, ships can jump from system to system via nodes. Until the Great War, only larger ships could generate sufficient power to use jump nodes. The development of jump drives for fighters and bombers in 2335 enabled the Galactic Terran Alliance to destroy the SD Lucifer in subspace. Producing these small jump drives is prohibitively expensive, so they are restricted to missions that require pilots to travel between systems. The Head-Up Display indicates the location of jump nodes with a green sphere.

The vast majority of subspace nodes are extremely unstable, forming and dissipating in nanoseconds. Other nodes have a longer lifespan, existing for centuries or millennia before collapsing. The jump nodes sanctioned by the Galactic Terran-Vasudan Alliance for interstellar travel are expected to remain stable for many years.

For a mission to be played in subspace, you must open the Background Editor (SHIFT-I) and check "Takes place inside Subspace" in the lower-right corner of the window. It should be noted that a certain quirk in retail FreeSpace 2 necessitates the presence of a palette file called "gamepalette-subspace.pcx" for subspace missions to be possible. The absence of this file from the retail files meant that attempts to place missions in subspace would cause crashes in FRED and the absence of any of the subspace effects in-game. This issue has been resolved in FreeSpace 2 Open.

There are no hardcoded restrictions for missions that take place inside subspace, which includes the use of shields. To disallow shields, you must either a) set it manually using global ship flags (Editors --> Set Global Ship Flags) in FreeSpace Open, or b) disable every ship's shields manually in Ship Editor --> Initial Status.

Subspace, from a technical standpoint, is a huge model placed in the middle of the battlefield. Any background images set in the Background Editor are outside this model and consequently invisible.

There is only one (canon) mission that takes place inside subspace, Good Luck from FreeSpace 1.