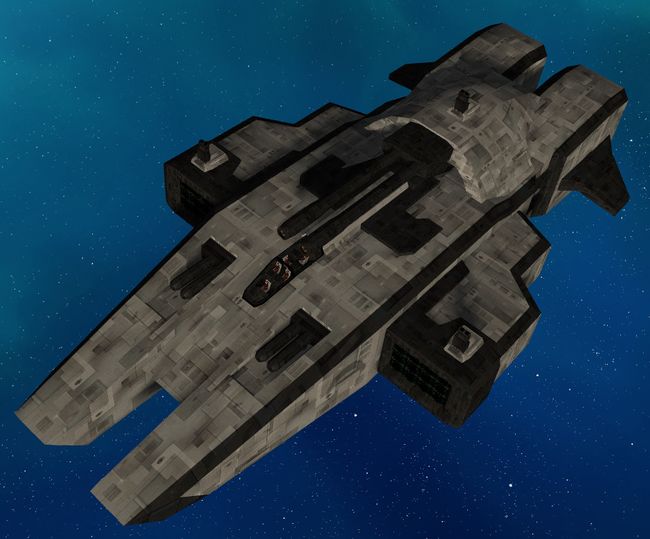 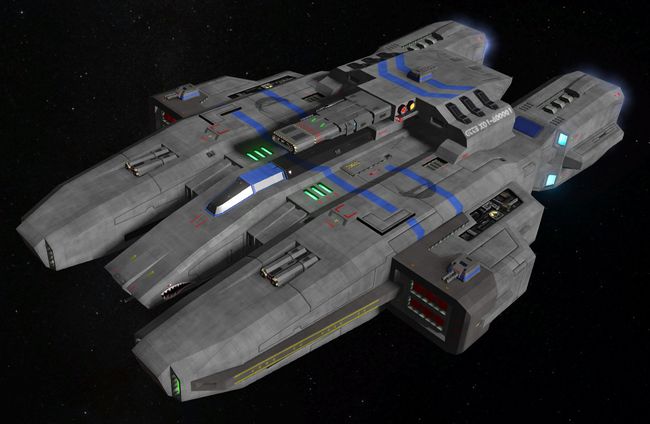 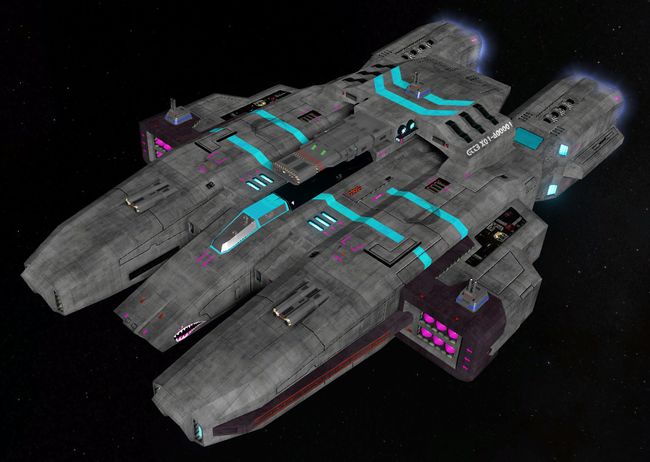 The GTTB Armageddon is a superheavy strategic bomber.

Designed to take out the biggest enemy warships, the Armageddon is a sight to behold. Mesuring at allmost 100 meters it can only be carried by heavy carriers. Armed with twin Redeemer Cannons, 4 standard primary banks, 5 defensive turrets and a unparalled secondary capacity it can unleash tremendous destruction at a moments notice. Ultra-thick armor plating and impregnable shields are needed, for it handles like a cruiser.

Measuring at almost 100 meters, the Armageddon tactical super-bomber is a sight to behold. Designed around the capability to carry the massive Judgment Day torpedo, it also has 2 aditional high-capacity missile banks. Aditionally, it has a redeemer cannon built into the hull, along with 4 modular primary weapons in a single bank and 6 defensive turrets. The Armageddon is also the largest shielded combat craft ever made, pushing the shielding technology to it utmost theoretical limit in regards to surface area. Given that the effectiveness drops and power consumption increases with size, the craft already requires 4 reactors just for the shielding, making this a truly legendary feat of engineering. To further protect the playload ultra-thick armor plating is used, futher increasing it's size and mass. While it may handle like a cruiser, a wing of Armageddons is a threat to even ships such as the Sathanas.

The GTTB Euryale and its Vasudan equivalent, the GVTB Anedjib are the final answer of the GTVA on the threat of Shivan Sathanas juggernauts. This 100-meter-long colossus is armed with 5 defensive turrets and protected by ultra heavy armour that makes it almost indestructible by hostile fighters and capable of surviving explosion of the biggest enemy warships. Euryale is the toughest bomber and has the biggest payload of all bombers the GTVA has ever produced, but it is also extremely slow and immobile. It is deployed only against the most powerful enemies after the command's direct approval. Euryale bombers station only aboard Magnus supercarriers. They are capable of carrying the heaviest and the most powerful bomb of the Alliance - the Hegemonia portable meson warheads.

Slow as hell, but turrets and shielding can take care of most pests.

Less a true bomber than a small warship loaded with torpedoes. It can take a lot of punishment but it's so big and unwieldy that you are guaranteed to take fire from several ships at once, and you will have no hope of evading anything in this monstrosity of a bomber. The pile of turrets and massive hitpoints can only save you for so long if six fighters are in pursuit and every shot they fire hits its mark.