From FreeSpace Wiki
(Redirected from Moloch)
Jump to: navigation, search 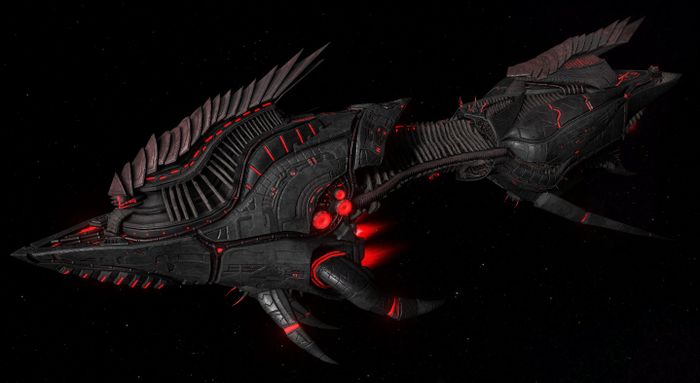 Vanilla Moloch is also notably buggy, but no bugged features are ever used in main campaign. No dockpoint of vanilla Moloch is set correctly, as top one is floating above the neck, and below one is submerged within the hull. Additionally the bottom dockpoint is one of infamous dockpoints named 'blahblah'. Fighterbay paths of Moloch leads straight into it's main engine, so it's ill-advised to use fighterbay of vanilla Moloch in custom missions. Mentioned issues got fixed with introduction of reworked model.

Main reason people likely consider the Deimos superior to the Moloch is the fact that multiple slashes from the Deimos's forward or side guns will quickly disarm large portions of the Moloch's turret defenses due to their low health. Unless they're a significant enough distance away, or the Moloch is actively commanded to target the Deimos's beams, eventually the latter will slip by the former and continue to duel with it in a battle of broadsides leading to an inevitable Terran victory.
Retrieved from "https://wiki.hard-light.net/index.php?title=SCv_Moloch&oldid=63777"
Category: