Difference between revisions of "GTB Jotun" 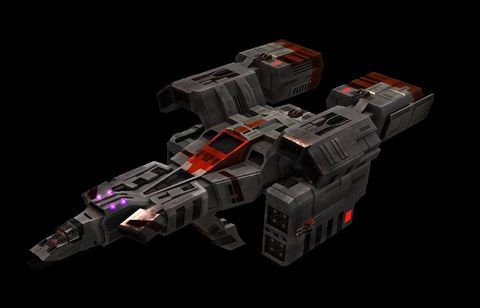 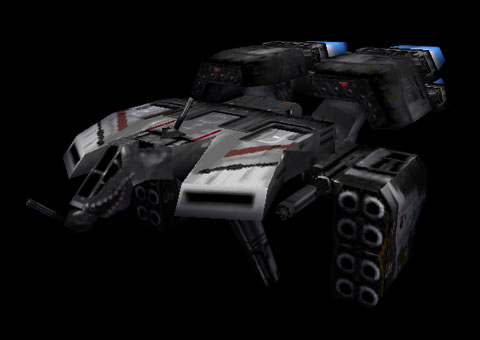 The special-issue Jotun was rushed into service following the discovery of the Shivan fleet on the other side of the Ross 128-Formalhaut jump node. Much heavier than the Sabus, the Jotun was designed to neutralise juggernaut class vessels with its powerful Executioner bombs. Although protected by heavy shields, armor, and two computer-controlled turrets, the Jotun's sluggish flight performance means it requires additional escorts to get to its targets.

GTVA Command officially refuses to comment on the development of this massive bomber. All available information is derived from leaks by Triton Dynamics personnel, possibly at the behest of GTVI's PsyWar division. The Jotun appears to be intended as a delivery platform for the prototype Executioner anti-juggernaut meson bomb. Easily the largest Terran bomber ever built, reports suggest that the Jotun handles as poorly as one would expect from a 70-meter behemoth of a bomber. Visual observation reveals six defensive turrets scattered around the superstructure. Additional reports indicate that the Jotun has excellent SPELLS integration, including an interchangeable slot for the SMOKESCREEN and SMARTBOMB defensive systems, a dedicated REPAIRKIT emergency repair system, a CATAPULT launch rail overcharge system, and a BARRICADE active shield booster. Only a handful of spaceframes are known to exist, and no information is available as to whether the Jotun is intended for mass production.

Be aware: the Jotun is HUGE and most mods would want to consider scaling it down to fit in with their ship lineups.

The Jotun is actually much smaller than it appears in an editor due to the thruster flames being part of the model. With no thruster flames and no shields, the length comes out to around 55 meters. Still Nephilim-sized, but not that huge.