Difference between revisions of "GTCv Phobos" 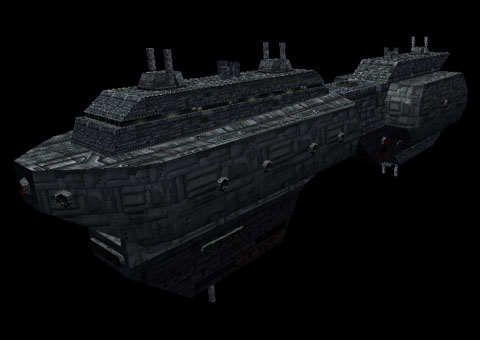 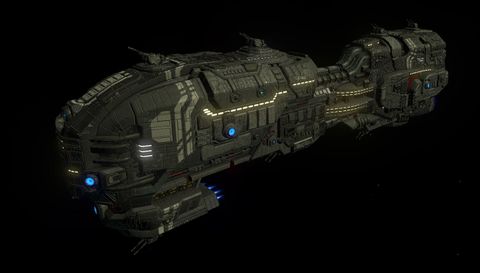 The Phobos, named after the biggest of the two moons of Mars (the other moon is Deimos), is an extraordinary corvette with very high anti-warship and anti-spacecraft capabilities. It's pretty expensive, however.

Brought into service twenty-eight years ago, the Phobos is still the model of the ideal corvette. An assortment of armaments packed into a well-armored frame let the Phobos go toe-to-toe with other corvettes and even destroyers. They have been instrumental in securing Allied victories during the EA civil war, and pack a huge punch with their light and medium anti-warship beam cannons.

Produced in response to an Admiralty request for a heavy strike platform, the GTCv Phobos is a bruiser of a corvette. During the NTF Rebellion, the Deimos corvette had generally performed well, but coordinated bomber strikes posed an unacceptable risk to the Deimos's relatively fragile beam emitters, and the variability of the Deimos's 'slash' beams limited its performance against large or numerous enemy warships. To address these weaknesses, the Phobos design team opted to maximize firepower and survivability across the spaceframe. Clad in destroyer-grade active armor and studded with a staggering array of beam weapons, plasma cannons, flak guns, and missile batteries, the Phobos is designed to plunge into enemy formations and decimate enemy cruisers and corvettes. Its sleek configuration allows the Phobos to bring the majority of its firepower to bear on a target from almost any vector. In a first for Terran designs below destroyer classification, the Phobos incorporates its own fighterbay from which it can field three wings of fighters, significantly increasing its tactical flexibility. PATHFINDER integration provides for artillery and antifighter TAG support, and a next-generation destroyer-scale ultracompact fusion reactor powers the entire assembly. The major weakness of the Phobos is its tremendous cost--at two-thirds the price of a Hecate destroyer, the Phobos is, ton for ton, the most expensive warship ever produced by the GTVA. Logistical overhead is also very high, as the many tactical systems reduce the class's onboard supply capacity, rendering it more dependent on supply lines and infrastructure than its older sibling. As a result, Phobos deployment is much slower than most other next-generation spaceframes, and is mostly seen as an element in major fleet actions, with the Deimos remaining a primary line combatant.

Rework from 2019 comes with fighterbay and was modelled to resemble HTL Deimos as much as possible.

Phobos is one of the two moons of Mars. The other moon is Deimos.

Escorting the Phobos is a joy. Think of it as being like escorting a boxier, slightly more compact Deimos and you'll see why. Firearcs are laid out rationally and no area of the Phobos is weakly defended. You won't find yourself scrambling to find a quick way around the hull to defend the opposite side, as it's easy to go around (hint, over or under, straight).

This is probably one of the most powerful [and op!] terran corvettes in FS mods. With 13 beam cannons, multiple torpedo launchers and more HP than Hecate, Phobos can rival destroyer-class warships with ease. The corvette comes with her own anti-fighter screen and is able to decimate multiple wings of enemy fighters with ease. Newer, high-poly iterations trimmed down it's formidable armament to reasonable standard, but even the most recent version has 8 beam cannons. Phobos can easily eat any cruiser or corvette for breakfast both in INFR1 and Nostos. Decentralized nature of it's armament is rendering Phobos very resistant to anti-subsystem strikes. If you escort a Phobos class corvette, protect it's front. It's her only blind spot and also majority of her beams are located there.