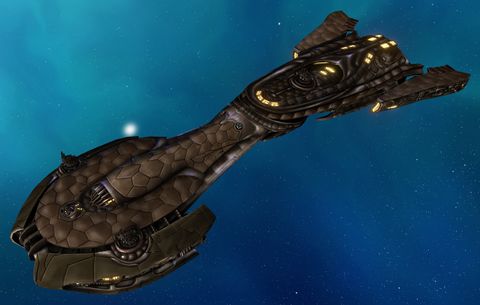 The Newet is a Vasudan cruiser designed by Oddgrim. Originally released in August 2007, Oddgrim redesigned and upgraded the Newet in September 2012. Although primarily a HTL type high-poly upgrade, the new Newet also changed elements such as turret count and tabling.

The Newet class saw its beginnings shortly after the outbreak of the NTF Rebellion in 2366, impressed by the combat effectiveness of the GVC Aeolus class in the conflict and reconzing the need for a compact flak platform equivalent, Vasudan Command comissoned Akheton Corporation and RNI Shipyards to construct a cruiser of simlar function. RNI would supply the weapons systems and their signature smoothbarreled Slug Flak cannon platforms. While Akheton would be resposible for proving the main design and construction.