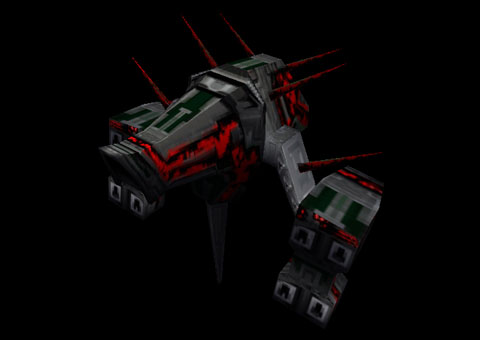 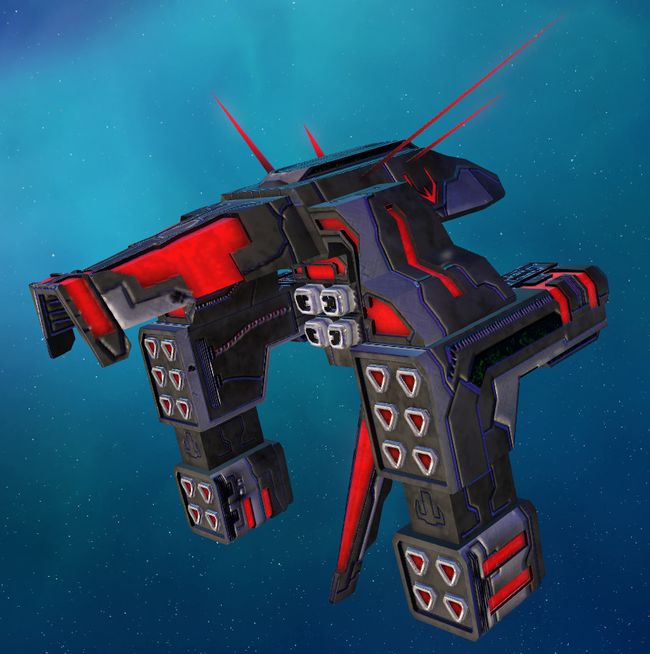 The Kahlan appears to be the first Shivan design to implement features of Terran shipbuilding. Its configuration is obviously based on the Jotun, although it is nowhere near as heavy a weapon and can only deploy a limited number of bombs before its armament is expired. The ability to move in all three axes simultaneously appears to be a new feature, however. This odd craft will surely cause quite an intellectual stir as to the motives of our ancient nemesis. 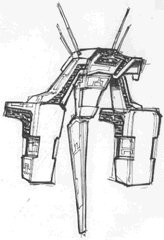 Apparently, this Basilisk-type FS1 concept art was used as an inspiration

Both INFR1 and Inferno Nostos tabled the Kahlan as a very standard, normal, typical Shivan bomber with large profile and lots of hitpoints. Similar to the Medusa in every aspect, but with a pair of additional primary firepoints. In Exile, it comes with long-range primaries so if you encounter them during escorting some pity freighters, it's advised to take care about them before other bombers. The story is the same in every mod, so stick on its tail, break through its rear shield, then send it to kingdom come with missiles.