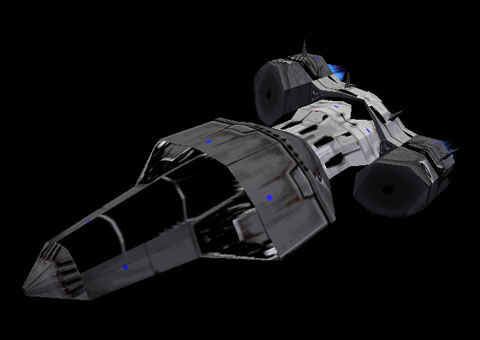 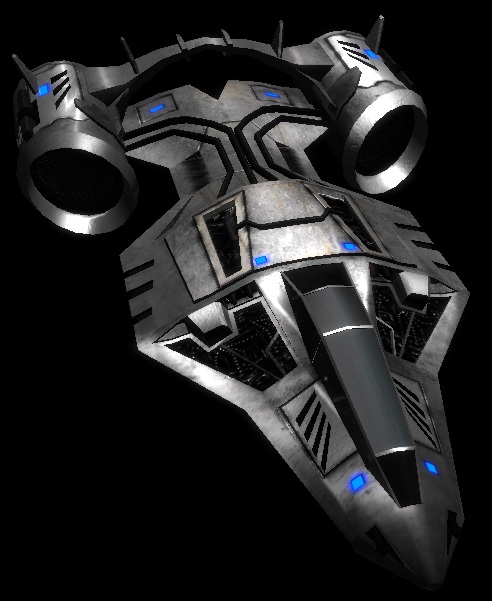 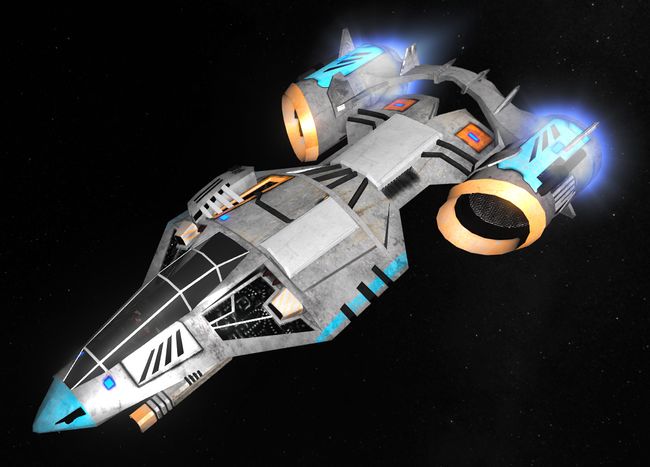 The Mustang Alpha is one of the newest space fighters to be developed by the UNE, and it is quickly becoming the de facto standard throughout the solar system. Better armed and armored than the Falcon or the Shrike, it also boasts a more powerful reactor and a completely new sensor array of the kind previously seen only on much larger ship classes. These improvements make the Mustang Alpha a fierce foe to any who would challenge it in combat.

The Mustang series of fighters had been recently introduced by the time of the Unification War, where they served admirably in the fleets of all major Terran factions. They were still deemed cutting edge at the beginning of the Terran-Vasudan War, though the introduction of the Apollo saw them swiftly removed from service, and they have been discontinued from production for almost two decades. Once considered cutting edge, the Mustang Alpha is about as surviveable as an Anubis or an Angel, and even retrofits to allow for modern systems and weaponry have failed to significantly improve its survivability. Standard GTA protocol dubs two Mustang Alphas as comparable to one Apollo, though in the hands of skilled pilots, a Mustang Alpha may be able to hold its own. In practice, however, the irregular nature of their operators means a wing of four Mustang Alphas may be needed to pose a threat. Many Mustang spaceframes subsist among civilians and criminals who seek the design for its adaptability.

This particular refit is owned by Arris Gavel. It features an additional secondary bay and more primary weapons. Scans also indicate increased energy output for weapon and engine subsystems as well as additional internal and external plating. Any pilots who encounter him are to consider his craft a class C threat.

Has been described as "a renamed Enceladus (from INFA) with different gun mounts". In TVWP the Alpha is an advanced pre-Great War space superiority fighter, for the most part superior to anything else. Its main challenger is the Kestrel, with its stronger armor and large countermeasure stores.

One handy feature of the Mustang Alpha in a dogfight is the tight mounting of its guns into the nose, close to the centreline of the ship and just under the player's eye level, allowing the player to almost 'point and shoot' and target close-up shots much quicker than ships whose weapons are spaced more apart.

Players used to relying on CMs to avoid secondariness will need to change habits with the Alpha, which only carries a maximum of two. Fortunately its relative manoeuvrability for a TVWP ship makes tight turns (and quick bursts from the afterburner if you can spare it) an effective replacement tactic.

Though both models were based on the same original mesh, it is to be noted that the model used for the Enceladus differs considerably from the one used to represent the Mustang Alpha.