We are a people of legacy. It is said that in the earliest days, when our people first walked upon the cooling silver sands of the twilight, that then was prophesied the destiny of our race. And we touched the stars, even as foretold. But in our conceit we forgot the words of the Prophets, and the Destroyers fell upon us in their wrath...

When your children ask of their history, of how they came to be Atankharz'ythi, then you will teach them the words of this scroll, that they may learn from their ancestors and not repeat their arrogance and folly. The stars hold our fate; we search them for our salvation.

Defending the Marnakh system from a Shivan attack. 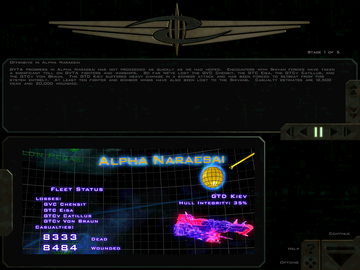 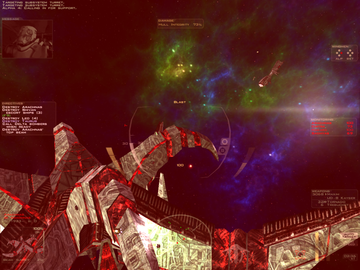 Attacking the SI Arachnas in NGC 6402. 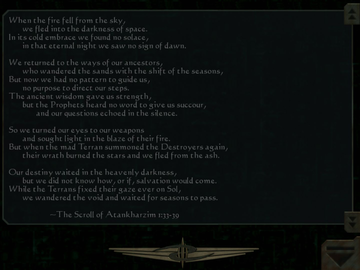 A reading from the Scroll of Atankharzim.

A Vasudan campaign set eleven years after the destruction of Capella, The Scroll of Atankharzim offers a rich and dynamic gaming experience. A fantastic storyline weaves together elements from the highest examples of myth and epic with the science fiction adrenaline of FreeSpace 2.

I liked the overall atmosphere of this campaign, especially the exploration theme and how the Vasudans are depicted - that was awesome. Looking forward to part II now... hopefully this doesn't take that long this time. ~ Nightmare