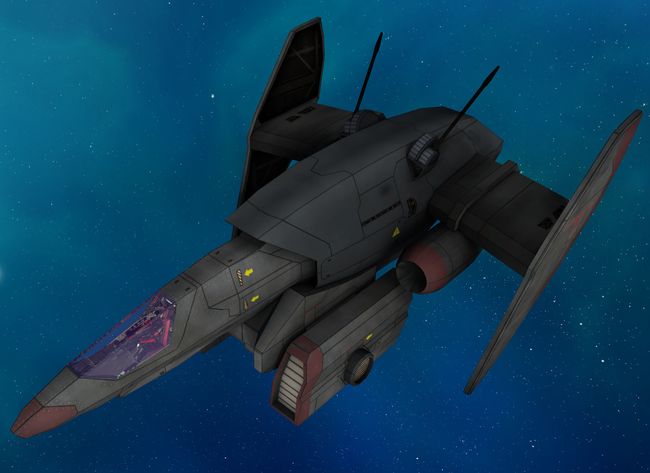 The Aranyaka support ship is designed to get in and out of battle as quickly as possible. It is fast and quite maneuverable, allowing it to dock with fighters in a minimum amount of time. Most notable about the Aranyaka, however, is its extremely large explosion radius. The amount of warheads carried on a support ship makes it very dangerous to be close to an exploding Aranyaka.

The Aranyakas are part of the four Vedas of Hinduism, and discusses the proper performance of rituals that were considered dangerous -- for instance, those involving fire -- and thus had to be taught and learned in the wilderness. The term aranyaka in Sanskrit means "belonging to the wilderness".

Unlike other support ships, the Aranyaka is equipped with surface shields, enhancing its survivability. The Fedayeen also deploy a stealth variant to work with their Ainsarii.