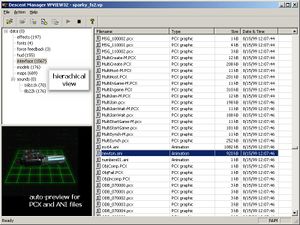 Both versions of VPView32, as well as other tools from the DMTOOLS FSKit can still be found on the Descent network site and will be available soon on FreeSpaceMods.