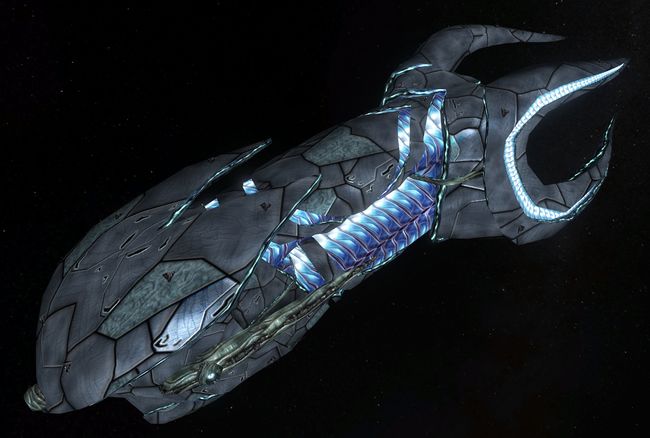 The breathtaking Mochlos is the newest corvette class joining the Empire's fleets. Although delays prevented possible deployment during the Aesdherian campaign, its availability on the Shivan frontier is immensely fortunate. Compared to the older Arkalochori chassis, these corvettes boast far greater anti-warship firepower and structural integrity. New energy reactor systems allowing for unprecedented sub-light speeds are a further addition. These aspects allow the Mochlos to excel in all defensive and offensive roles. In time, these will effectively succeed the Arkalochori in all capacities.

This warship is awesome. A great improvement over the Arkalochori, which is not a bad warship by itself, but it's completely outshined by Mochlos by the moment of its introduction. Mochlos has almost as many hitpoints as Odigitria, lots of defense turrets and three heavy cannons. Lots of its point-defenses are located close to each other, so she can focus multiple of turrets on single target with devastating effect. High top speed contributes to her mobility and maneuvering potential. The only strong flaws I found is lack of capability to focus all of her anti-capital cannons on a single target, and few front-facing point defenses, rendering her susceptible for bomber strikes from this side. The Mochlos works best when deployed in pairs, as frequently demonstrated by Kophinas and Galatas in the second chapter of Ancient-Shivan War.

All 3 engine exhausts are actually separate subsystems. The largest one comes with a destroyable submodel.