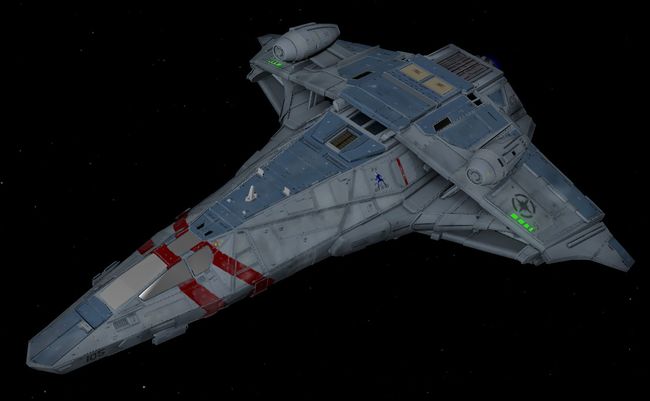 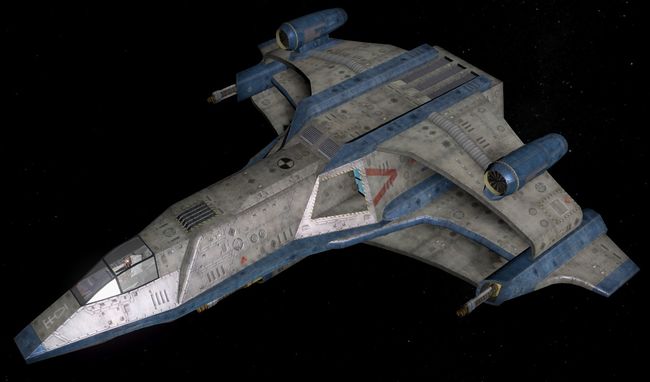 The CF-105 Scimitar medium fighter, manufactured by Origin Aerospace, served for more than 140 years with various human factions. It was an extremely long serving fighter having joined the Fleet even before the addition of the CF-117 Rapier in 2536. Armed with Mass Drivers and five missiles, the Scimitar was a rugged and powerful ship in the hands of a skilled pilot. Though it earned the scorn of both space superiority and strike craft pilots alike, earning the derisive nickname "Space Slug", the Scimitar was fully capable of routine interdiction and light strike duties.