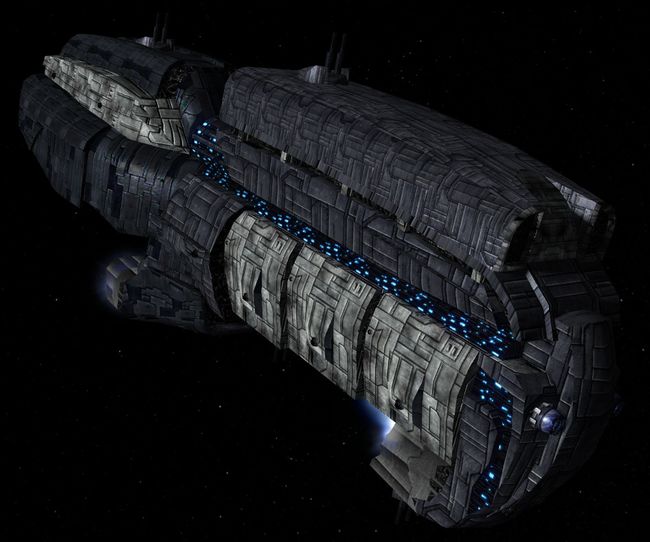 Deimos-class corvettes are backbone of the Alliance navy. Fast, versatile, with enough firepower to encounter enemy cruiser-size vessels. These units are adapted to stand-alone operations in both friendly and hostile space. They are equipped with 4 slash-type beam cannons and powerful anti-bomber defence. Lots of Deimos-class corvettes in the GTVA navy have been considerably modified. Two most common versions are front beams?Eupgrade and a small fighterbay enabling it to carry single wings of fighters and bombers.

Just a recolored Deimos with different models of spinal beams, and Black Wolf's hangar module permanently integrated with main hull. Much easier to use and actually keeping one of multipart turrets, but effectively obsolete with new Deimos released in MediaVPs 4.0.

Modders seeking a replacement based on the new PBR Deimos may use this variant.