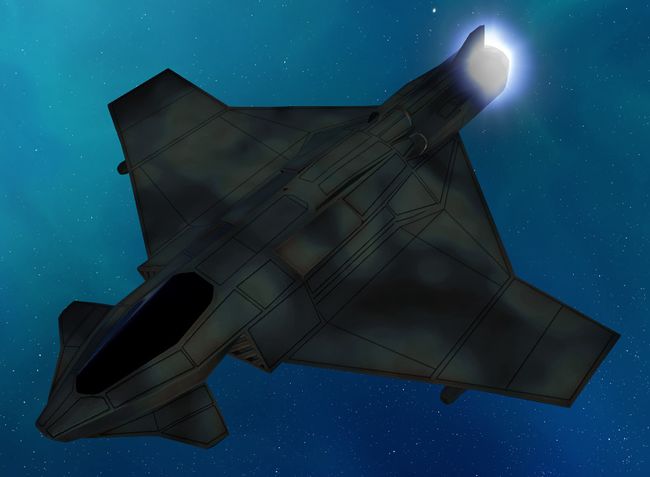 The very first AeroSpace Fighter developed by the Federated Suns, the Centurion boasts surprising longevity in the field for a 30 ton design.

Developing a crash aerospace fighter program after being impressed by the examples produced by the Terran Hegemony, the Federated Suns opted to focus on the twin goals of speed and survivability over firepower. Though primitive when first introduced, the Centurion was well received, equally able to fight in space and atmosphere. Switching to seven an half tons of BattleMech-grade armor, an 240 rated Fusion Engines and increased fuel tankage only enhanced the design and ensured its continued production for centuries.

However, despite the noted role it played in the early history of Davion AeroSpace Fighters, the Centurion fell from grace when the Federated Suns acquired various production lines for the Sparrowhawk during the First Succession War. The SLDF fighter's more advanced electronics and ability to fly while damaged side-lined the older fighter, which was quickly shifted to militia forces. Jalastar eventually traded the specifications to the aging fighter to Lockheed/CBM in return for those of the Sabre before closing the original production line in 3000, the now modernized Centurion only produced on Donegal in the Lyran Commonwealth.

CNT-1D Helping to creating the mold from which many light fighters are based, the Centurion features a simple but effective weapons array consisting of three Maxell Medium Lasers, one mounted in the nose and one under each wing

A prototype that saw only limited production, the 2D is intended as a short-range interceptor and adds an SRM-6 rack at the cost of reduced armor and fuel levels.

Quickly developed by Lockheed/CBM during the maelstrom of the Jihad, the 3S is a redesign that turns the Centurion into dedicated ground-support fighter. The wing mounted lasers were replaced by ER Medium Lasers while the nose laser was dropped for a TAG system, advanced construction components used to boost speed and armor levels