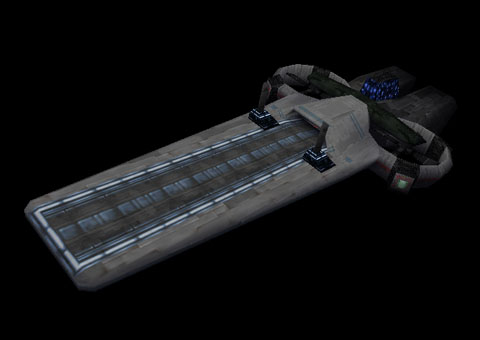 The Evangelist, a joint British and American project, is a state of the art cruiser carrier featuring all the latest in electronics and weaponry. What it lacks in its number of guns it more than makes up for with their effectiveness. The most sophisticated vessel currently in the battlefield, the Evangelist is the primary capital ship of the EA and serves as a base for nearly a third of all EA fighter squadrons. While each carrier can only hold one squadron, their shear numbers and ease of mass production make it a resource efficient staple in the armed forces. 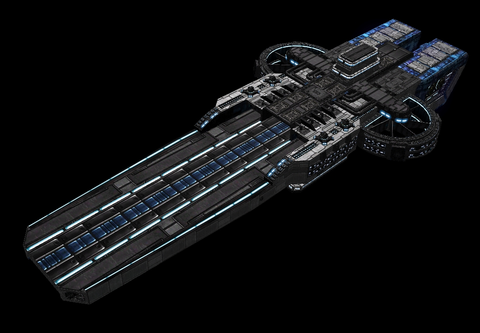 A very interesting cruiser design with fighterbay and atmospheric flight ability. Model was upgraded by Betrayal and used in Exile project as one of the cruisers of Earth Federated Nations faction. HTL version has different turret setup and lower hangarbay entrance was replaced by torpedo tubes, so don't use it as drag'n'drop replacement for old Evangelist in 158th mod.