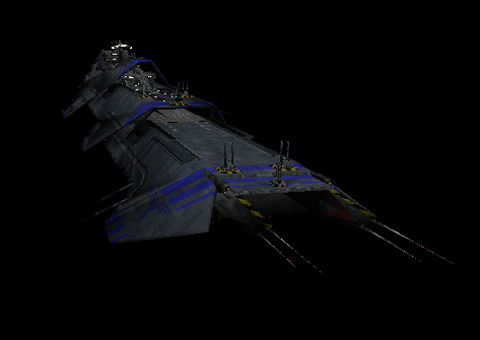 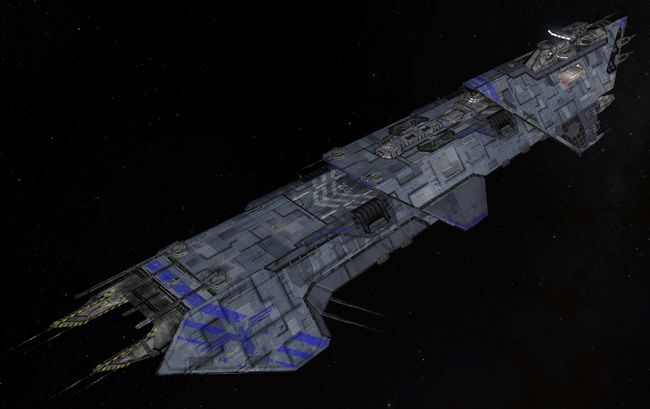 The new Vexor from the Federal Navy Revision project. 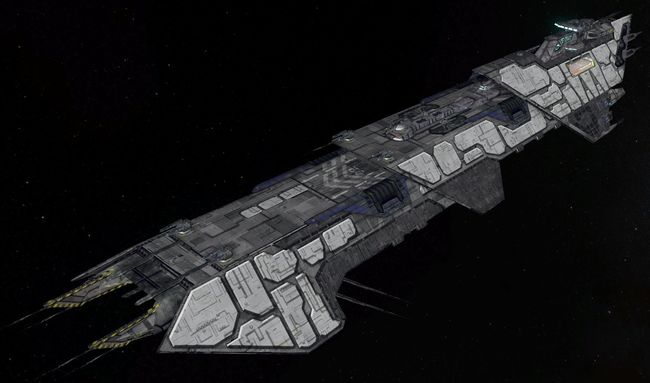 The GTD Gallileo in Aftermath Reboot.

The Federal Vexor class destroyer. born at the Regulus shipyards it was designed to go toe to toe with the GTVA's Orion, Hecate and Raynor class destroyers. while boasting only 2 turret mounted Mjolnir Beam cannons (12 RBC's went missing from GTVA storage sites, thats a different story) it more than makes up for it with a nasty array of plasma cannons and torpedo launchers as well as 120 assorted fighters. currently only 6 Vexors are in active service in the Federal fleet, another 2 are nearing completion. these ships have the distinction of being relatively easy to produce, rugged and easy to maintain. at current rates 1 Vexor can be built every 6 months. but with war looming on the horizon these 8 warships might be the only thing standing between us and them.

The model uses a large number (28!) of unique textures and is also very high poly. It is likely to cause performance issues if you have multiple instances in a single mission. It would be advisable to optimize the model before using it, or build missions with this in mind.

The Vexor also has some bizarre lighting errors caused either by Boolean or smoothing problems. This makes it look very very unfortunate under anything but the darkest lighting conditions.

The Vexor was used as the United Earth Federation's primary destroyer for much of War in Heaven development but was ultimately cut due to technical issues.

The above-mentioned lighting issues have been fixed by Droid803. However, the Vexor still combines the detail of a Solaris with the optimization of a Karuna. FREDers, multiple Vexors should not appear in-mission together. Ever.