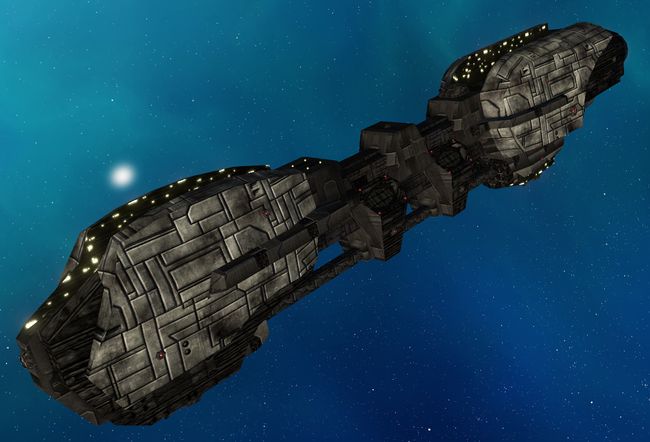 Developed simultaneously with the GTC Phanes escort cruiser by the same corporations, Aletheia is a heavy strike unit developed to replace the aging GTC Leviathan in GTVA fleets. Measuring almost 400 meters, the cruiser is an excellent example of the efficiency of new GTVA units. Thick armor effectively protects the subassemblies of the period, and effective anti-hunting defense means that this ship does not need as much hunting escort as older cruisers. Very popular in GTVA fleets, we expect to completely replace Leviathan class cruisers in the next 5 years.

Aletheia has impressive weapons. Its great firepower and usefulness are exaggerated by a large front jet gun for assaults and two side guns to better defend the flank of the corvette and for attacks on targets with a large surface. 23 defensive towers, including 3 long-distance light cannons, make this ship a difficult nut to crack for enemy fighters and bombers.

I was starting conversion of Taristin's cruisers and Calypso a long time ago for my friend's project Pandemonium: Fears of the Crowd, but I think it's not fair. Models from modeldumps and similar sources should be available for all... So if you want use that models, you can use mine or Droid's versions. Mine are bigger, have different turrets and different mapping in a few places.