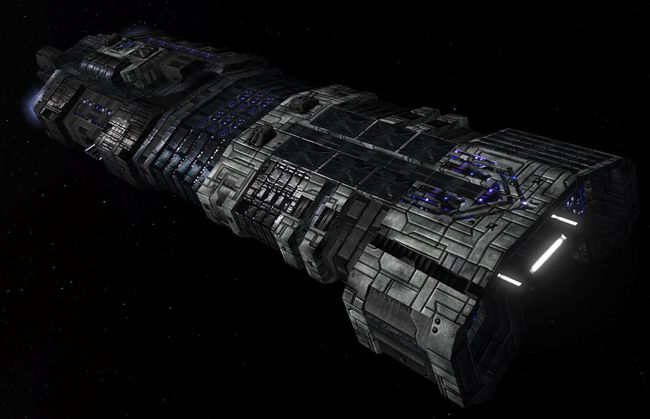 The Farael was created as a more flexible version of the GTCa Magnus which serves as the primary GTVA carrier. Fast and maneuverable, it's capable of instantly leaving the battlefield in case of trouble. Its fighterbay carries up to 30 ships. Like the Magnus the main weapon of Farael is its complement of fighters and bombers, with the carrier itself seldom taking part in combat. For this reason it is not equipped with heavy weapons or armour. Thank to numerous defensive turrets however, it is capable of effectively repelling enemy fighter and bomber attacks.

This thing is a typical carrier of FS mods. Paired Disruptor Beams contribute almost nothing to its offensive potential, which is effectively none. It has lots of anti-fighter turrets, so it's quite easy to escort but don't expect it to do any harm against anything bigger than a transport. It has quite a lot of hitpoints for a corvette-sized ship, so it can take some pummeling if you forget to assign some fighters to defend it.