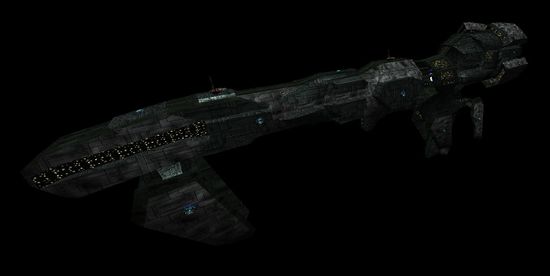 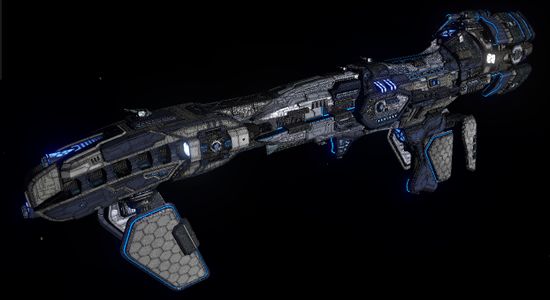 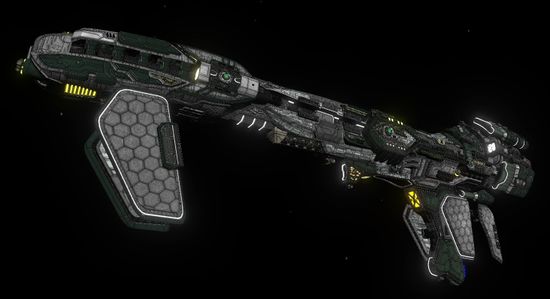 The Phaeton is fanmade terran destroyer.

In 2369, responding to the failure of the Hecate class to meet its design goals, the Admiralty laid out a two-stage initiative to correct strategic weaknesses in both the ship design and fleet doctrine. The first stage would be a crash program to rework the Hecate design into a capable line destroyer, balancing ship-to-ship firepower with fighter-based power projection and subspace mobility, designated Phaeton. The second stage would be a heavy strike platform for fast response work and heavy artillery, designated Boreas.

Designers competed furiously for the strike destroyer contract, but most wanted nothing to do with the Phaeton project, believing the mandate was far too broad to ever produce a functional destroyer, and Han-Ronald's team won the Phaeton contract virtually uncontested. Initial problems with the design were both pervasive and stubborn. The Hecate frame made inefficient use of space, had glaring structural weaknesses, and was extremely difficult to design defensive screens around, forcing the team to excise massive portions of the original superstructure. Making matters worse, each modification to the superstructure necessitated modifications to the internal systems as well, causing significant delays. As the delays piled up, the Admiralty mandated that the Phaeton integrate new technologies and systems, such as the PATHFINDER communication standard, next-generation active armor, and the new beam and plasma cannon systems. The project was so behind that thee GTD Boreas was already exiting its OpEval period and entering general service by the time the Phaeton started full construction. Scope creep had also so seriously affected what was once merely a Hecate refit that one engineer commented 'By the time we finished designing the Phaeton, our planned refit procedure was to lift up the registry number and insert a new destroyer underneath.'

Despite the myriad roadblocks, the Phaeton team slowly worked through the spacecraft's problems. As requested, the onboard command and control systems were upgraded to the PATHFINDER standard, allowing the Phaeton to coordinate with fleet command assets, provide comprehensive TAG support to allied strikecraft, organize and direct strike groups, and serve as the centerpiece of Alliance combat formations. The Hecate's single fighterbay under the nose was replaced with three: with one larger bay on the dorsal section, and two smaller bays on the sides amidships, ensuring that a lucky shot or single accident would not cripple the ship's force projection capabilities.

Defensively, the Phaeton maintained the Hecate's antifighter armaments while drastically reducing hull blind spots and incorporating modernized active armor and a collapsed-core molybdenum/duranium alloy double hull. Offensively, the Phaeton was equipped four destroyer grade anti-warship beam cannons in an even split of direct-fire and slashing systems, as well as half a dozen plasma accelerator turrets.

The Phaeton entered service in 2384, and has completely replaced the Hecate as a line destroyer, with the older design moving to a support role. Modern examples of the class, such as the GTD Ramayana, have performed well in the Earth Alliance conflict, particularly when working in concert with their Boreas counterparts.

Phaeton or Phaethon was a son of Helios, personification of the planet now known as Jupiter.

In Inferno Nostos, this ship is terran Ravana with additional firepower arranged on the long sides of the ship. Paired BBlues provide excellent damage in form of opening volley. Heavy slash and lots of PAC cannons allows Phaeton to fight using broadsides, but her damage projection is much slower due to sustained nature of PAC cannons. Phaeton comes with reasonable anti-fighter defenses. It's similar to Hecate in many aspects, bringing multiple flak cannons and AAA beams to bear along with some external hull plates and appendages. When you fly around it, do it close to the center of the ship where the structure is the simplest. It's hard but still possible to get lost in it's complex hull structure. I found front external plates to be perfect spot to cover yourself from incoming fighters, especially with flak turret mounted in this area.