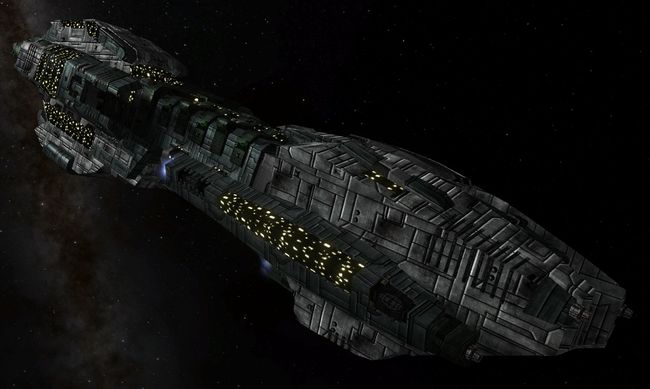 The GTFg Atlas in Shadow Genesis 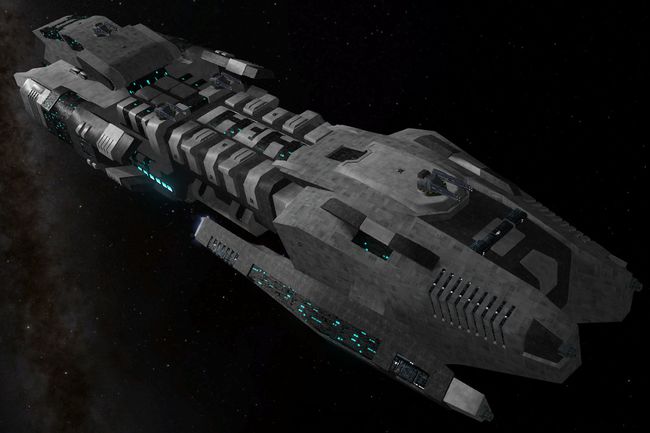 The GTSD Saturn in The Aftermath II

The Atlas artillery frigate is a mainstay of new GTVA tactics that creates new standards for space combat. Created by the designers of the GTCv Deimos and GTD Hecate as a development of the GTC Phoebe project, its role in assaulting enemy capital ships is absolutely essential. The main task of these frigates is suppressing the enemy with heavy artillery fire from a safe distance, either as a support for assault forces or during stand-alone raids. The Atlas turned out to be such a successful project that a few ships of this class quickly appeared in most GTVA fleets. They are usually formed in assault groups with 3 units each.

Differently from most GTVA warships, the Atlas' primary weapons consists of 6 powerful tactical plasma cannons with an effective range of 12500m which allows the Atlas to attack enemy ships without being vulnerable to a counterattack with beam cannons. The TPC does average damage to armour and heavy damage to critical points and turrets. Effective beam range is no further than 6-7 kilometres, then the plasma scatters and does only minor damage. Taking this into account, GTVA engineers constructed the TPC and after they realised their project is was a success, new weapon were installed not only on the Atlas, but also on the Anchorage superdestroyers, the Magnus supercarriers and the last Orions in GTVA regular service. The Vasudan Atlas equivalent, differs in that, it is armed with a large amount of missile launchers. TPCs do not need much space aboard the ship and use less energy than regular beam cannons. The Atlas is also equipped with numerous anti-bomber weaponry and a powerful jump drive, so it can operate alone, even without fighter cover.

Armed with six frontal heavy beams, five heavy Antimatter dual cannons, and a score of defensive turrets, this Vindicator class dreadnaught is a formidable beast to go head to head with. They serve as flagships for the High Command Taskforces. If a vindicator dreadnaught is present on the scene, one of the top brass of the High Command or one of the delegates of the High Council is on board this vessel. Despite the intimidating frontal firepower, this craft is still mildy lacking in flank defenses and escorting warships or squadrons are still needed to protect it's side. The Saturn nonetheless cannot outgun its sister ship, the Jupiter, and it has a weaker armor. To date, only seven of these ships were constructed and commissioned shortly after The Third Shivan War.

I find it deliberately ugly, tiled mess. There is actually a very cool ship hidden beneath it's not encouraging appearance. Atlas is the Narayana of the GTVA in Shadow Genesis, but unlike Narayana, Atlas can effectively defend itself against enemy fighters and bombers. It's spinal firepower comes from 6 long-range cannons. Projectiles cannot be intercepted and decentralized nature of it's armament makes the Atlas resistant against anti-subsystem strikes. Very effective warship and frequently deployed against Nightmares with great results.