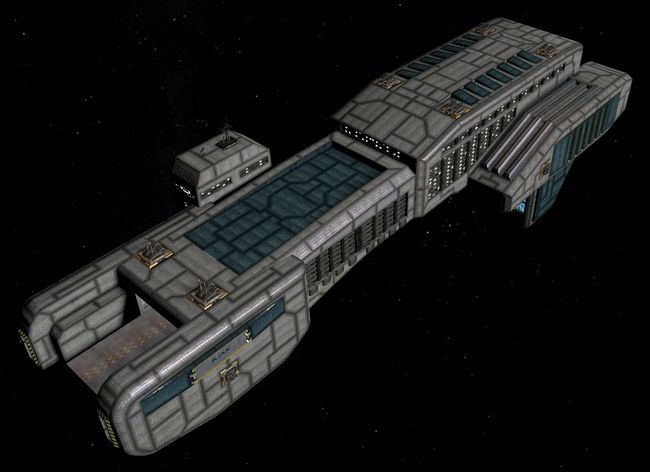 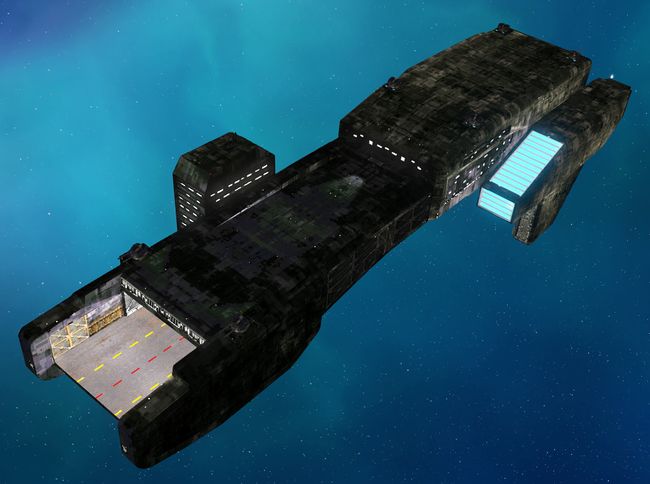 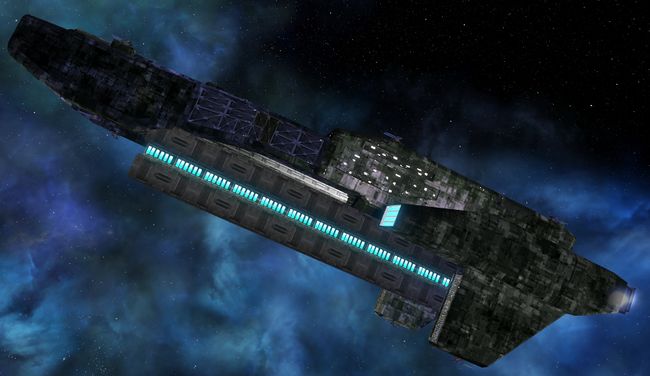 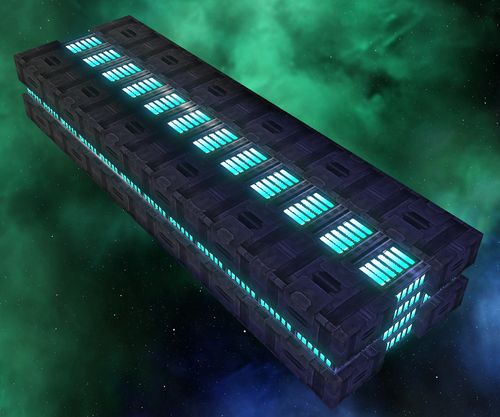 The Demeter is a very fast heavy duty and armed logistic ship that was recently massed produced one year after the Second Shivan War. The GTVA contemplated that fleet engagement can be lengthy and back up support is needed so the design for such ship was drafted. The Demeter is a multi-role vessel that can be used to carry fleet supply, transporting military troops or refugees and as a rescue vessel. Since it has a fighter bay that can deploy two fighter wings, it can also serve as light escort.