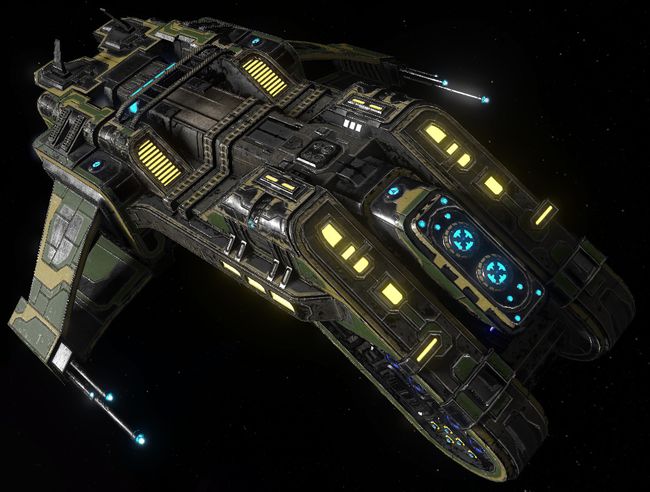 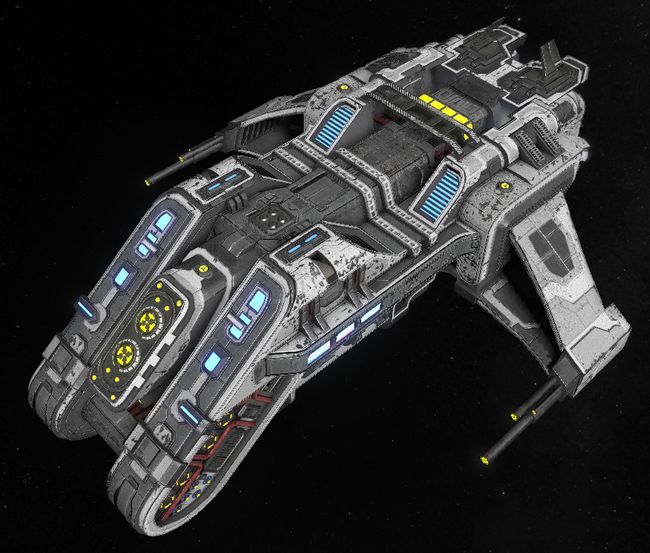 Redesign of Skade-class personal transporter used in the Unification War, the Anteros is Tridon Dynamics' approach for fast, heavily armored dropship capable of delivering troops to capture disabled targets in the middle of battle. Reployed in the ending days of Unification War, Skade significantly contributed to Earth Federation victory and minimalised total number of casualities by 32%. Frequent deployments of capturing operations against Jupiter Consortium also ensured survival of numerous JC warships. Anteros-class dropships are still frequently used for capturing high priority vasudan ships and planetary invasions, but also they are expected to be replaced by Elysium-class transports due to high maintnence cost.

The Maiman is a unique class of starship designed by Luyten New Alliance engineers. Upon long-term examination of data acquired from the Hades wreckage on the surface of Deneb, LNA engineers were able to understand the basic concepts of how beam weaponry worked. The Maiman is a cutter-class ship - larger than a gunship such as the Prominence, but smaller and less well armed than a true cruiser like the Fenris or Leviathan. The Maiman's prototype photon beam cannon functions on similar, albeit different, properties than the flux cannons found on the Hades and the Lucifer, but, for a prototype weapon, it is capable of inflicting serious damage on enemy warships of cruiser size and below. Two Maimans have been created with more on the way, and the LNA prefers to keep them in reserve, allowing their beam cannons to be regularly updated as Luyten engineers further refine the design.