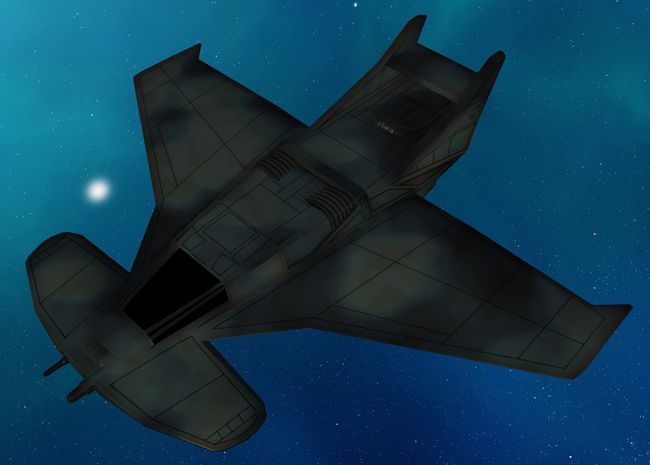 as a ground-based defensive craft for protecting planets and patrolling jump points. Over the next three centuries the Hammerhead would receive periodic refits to remain in service to the

Star League Defense Force. Chief among these was the replacement of its older armor for Ferro-Aluminum in the 26th Century, which greatly increased the craft's survivability, though like other retrofits

the armor is ungainly in some areas and weak in others. This superior protection, combined with excellent acceleration capabilities for such a heavy craft, allowed the Hammerhead to penetrate

defenses quickly and safely in order to wreck havoc, especially against enemy DropShips.

The only Hammerheads to survive the Succession Wars were those kept in the secret stockpiles maintained by ComStar.

The public reveal of the Com Guards would see the design proliferate, especially among the Word of Blake and their allies, with new variants fielded by both forces.

The Hammerhead's singular armament is both a source of fear and criticism for the craft. Its Imperator Zeta-20 autocannon allows it to kill other light and medium fighter quickly, while presenting a significant threat to DropShip captains. However, due to space constrictions the fighter can only carry three tons of ammo for its gun, and it lacks any secondary armament. For this reason, Hammerheads rarely stay in a fight for long, and are often paired with energy weapon-equipped fighters.